Help Us Build A Legacy

“Keep it Dangerous!” means being the best at whatever you choose to do in life while holding fast to your personal beliefs as you move forward in a positive direction.

The Dangerous Lee News & Entertainment Network is ran entirely by its owner, Leigh Langston. There is no team or major sponsors, there is only you, the readers/our family/our friends, and we (Senia & I) need your help!

Monies raised beyond that have the potential to help Leigh pay back student loans, other credit debt and investment in the network.

Dangerous Lee, real name Leigh (sometimes spelled “Lei”, pronounced ley) Langston, a brand with various projects in the fields of internet publishing, writing, acting, painting, and internet radio has worked professionally in the radio, television, fashion and music industries over the course of her career.

In 2008, Dangerous Lee’s short erotic story, Til Death Do Us Part, was featured in the New York Times Best Selling anthology, Succulent: Chocolate Flava 2, edited by Zane. In March of 2010, Dangerous Lee self-published her first book titled, Keep Your Panties Up and Your Skirt Down, an anthology that includes six erotic stories with an emphasis on HIV education. Dangerous Lee has also worked as a certified HIV Prevention Specialist with Wellness AIDS Services, Inc. of Flint, Michigan. Dangerous Lee’s claim to fame is the humor advice column, Ask Dangerous Lee, where she dishes out opinions on love, relationships, pop culture, and celebrities. Ask Dangerous Lee was published monthly in the now defunct Uncommon Sense newspaper and syndicated in various independent magazines and websites nationwide. It can now be read exclusively at The Dangerous Lee News & Entertainment Network. Ask Dangerous Lee, the column, lead to the Ask Dangerous Lee Live radio show on the Blog Talk Radio network. For more than two years Dangerous Lee, along with co-host, hip hop artist Hassahn Phenomenon, featured celebrities on all sides of the entertainment and media spectrum. Dangerous Lee was also the co-host of The Radio Happy Hour with Dr. Blogstein, the top comedy show on the Blog Talk Radio network.

Working as a one-woman production, Dangerous Lee has secured more than 100 media features over the course of five years and has taken The Dangerous Lee News & Entertainment Network tobe included in the top 11,000 websites in the U.S.

She has also had the pleasure of being selected as Vibe Magazine’s Vixen of the Day, as well as being featured on The TODAY Show with Kathie Lee & Hoda.Dangerous Lee has also worked as a contributing writer for actress, Monique Coleman’s official website, GimmeMo.com and is the co-founder of Book Bizarre, an event that highlighted self-published authors in Flint, Michigan in 2010 and 2011. In 2013 The Dangerous Lee News & Entertainment Network was nominated for four Black Weblog Awards and selected as a Top Fashion Blog to follow.

DangerousLee.Biz, the hub of The Dangerous Lee News & Entertainment Network, is Dangerous Lee’s home base and media distribution channel that was established in 2008. It includes a circulation of viral topics and worldwide news including events in Dangerous Lee’s personal and professional life. DangerousLee.Biz provides free high quality content to its readers and keeps its audience engaged by providing an unconventional alternative to the mainstream media blitz.

SimplySenia.com was established in 2012 and features content relevant to tweens, teens, and parents. Senia is Dangerous Lee’s daughter and the website also highlights her art, educational accomplishments, book reviews and other cool things that Senia shares as she grows up to become a woman. Simply Senia was also nominated for Best Parenting Blog in 2013 by the Black Weblog Awards. PantiesUpSkirtDown.com features sexual health and lifestyle news and was created in 2009 to promote Dangerous Lee’s book, Keep Your Panties Up and Your Skirt Down, as well as safer sex practices. BlackGirlsAllowed.com, created in 2013, features content by, for and relevant to Black/Mixed Women and Girls all over the world. 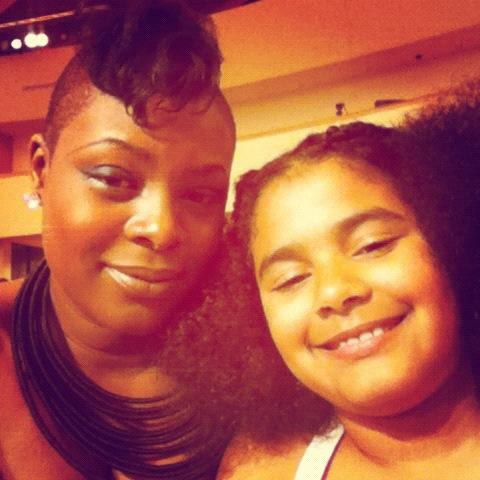