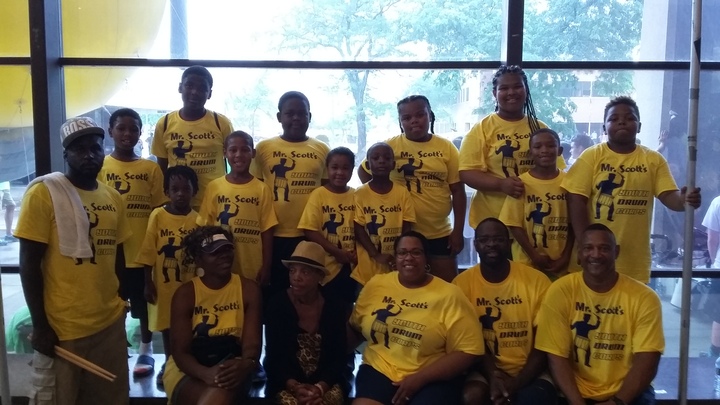 View full-size image
Is this photo a winner?
"This is a photo taken on Sunday, July 24, 2016 at the Canton Civic Center. We were prepared to participate in the 2016 Canton Football Hall of Fame Community Parade with over 120 participants. Our youth were excited to play the drums in this parade, for the community and for their families. Just before we were starting the parade, it started to rain. The contingency plan was to gather in the Canton Civic Center, until the rained had stopped with the other parade participants. We eagerly anticipated the return to our decorated float, to play the drums together, after the rained had passed. Unfortunately, the parade was cancelled. After many practices, preparations, planning and family involvement, we were dismayed. We decided at that time, to take the opportunity to capture this historical moment, in our new T-shirts from CustomInk, as a fond memory, that we were so proud to display! Despite the rain......." - Mr. Scott's Youth Drum Corps (Jul 25, 2016)