Four Percent is NOT Enough for our Children! 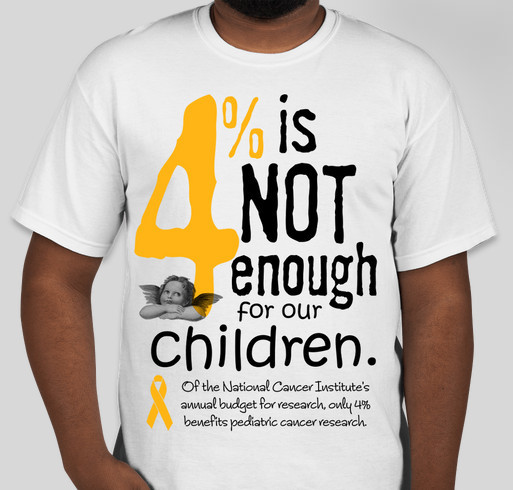 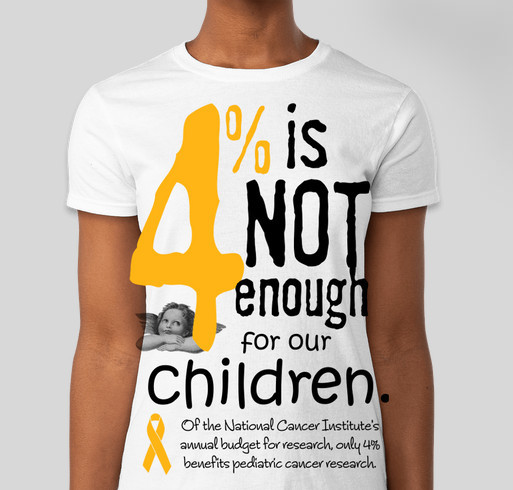 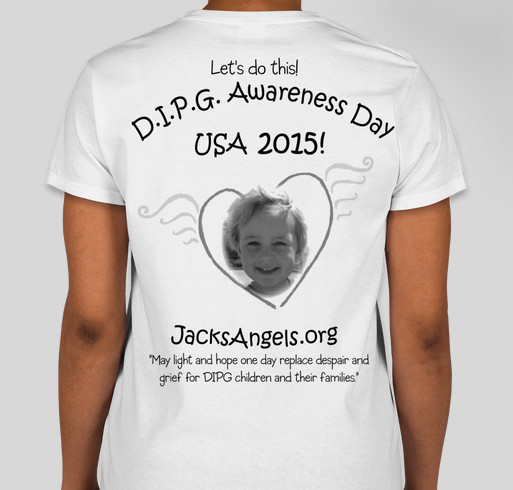 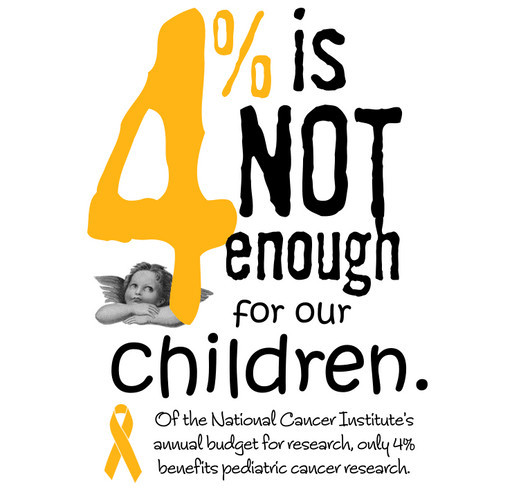 Our kids are coming LAST when it comes to cancer research! We need your help to raise awareness!

We are raising awareness for the inequitable distribution of research funding by the National Cancer Institute for children's cancer research, using the example of DIPG, arguably the most lethal pediatric brain tumor for which there has been no progress in developing successful treatments in over 35 years.

Jack's Angels was founded in loving memory of my son, Jack (8/30/08--7/30/12), who was diagnosed with DIPG on 10/28/11, and survived with radiation treatment 9 months.  For any parent, it is a terrible thing to learn of the diagnosis and the prognosis of such a horrible disease; there are no survivors on record of DIPG.  To make things even more hopeless, no matter where we asked the question of why no effective therapies have been developed for these children, the answer was always the same:  "It's rare", and "the numbers" aren't great enough for research investors.  After my son died, and I learned that DIPG is a common brain tumor, and not a rare brain tumor (roughly 12% incidence), and that thousands have died this horrible death and many are dying right now; DIPG is responsible for 80% of pediatric brain tumor deaths every year.  With brain tumors being the leading cause of cancer-related death in children, and cancer being the leading cause of death of our children in this country after accidents and injury, how in God's name could this be irrelevant, and insignificant?

Thus I discovered that DIPG represents very well the problem faced by so many children and families in this country.  Like all childhood cancers, DIPG, a common pediatric brain tumor, is marginalized as "rare" by the National Cancer Institute and undeserving of adequate research funding.  Many of us parents are waking up to the fact that only we can raise awareness for our children who are dying or who have died, and our momentum is building.  Help us to raise enough awareness that our Federal Government must recognize this:  the fact that only 4% of the NCI budget for cancer research benefiting pediatric research IS NOT OK WITH US, WE THE PEOPLE of the United States of America.  I personally believe that a DIPG Awareness Day would bring light and hope to so many families who have had to watch their child die in isolation, excruciating grief, and despair, awakening the collective consciousness of our citizenry to this unacceptable reality for all suffering from childhood cancer. The funds from this booster benefit Jack's Angels Foundation, for DIPG awareness, support, and research; the awareness raised by wearing the shirt is priceless.  Thank you for considering wearing this very loud t-shirt; it is empowering!  For more information about Jack's Angels activies and programs, visit our homepage at www.jacksangels.org.  Thank you! 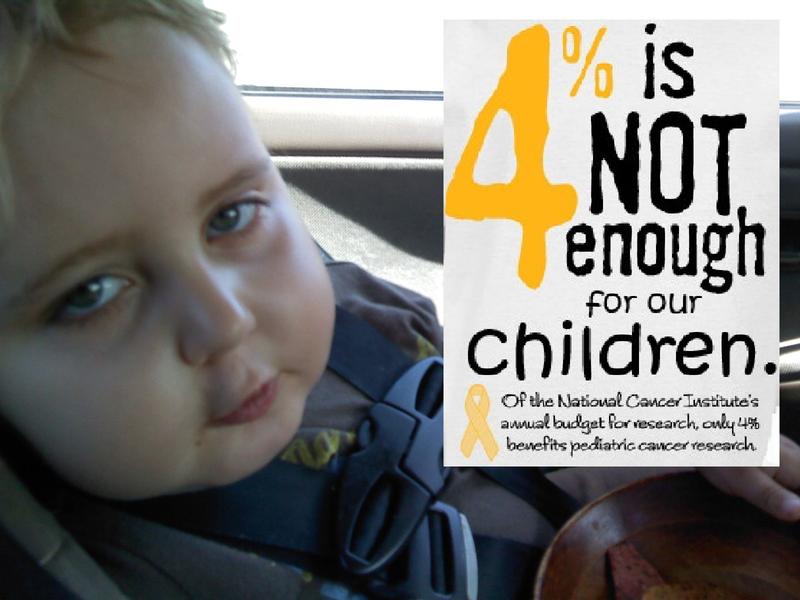 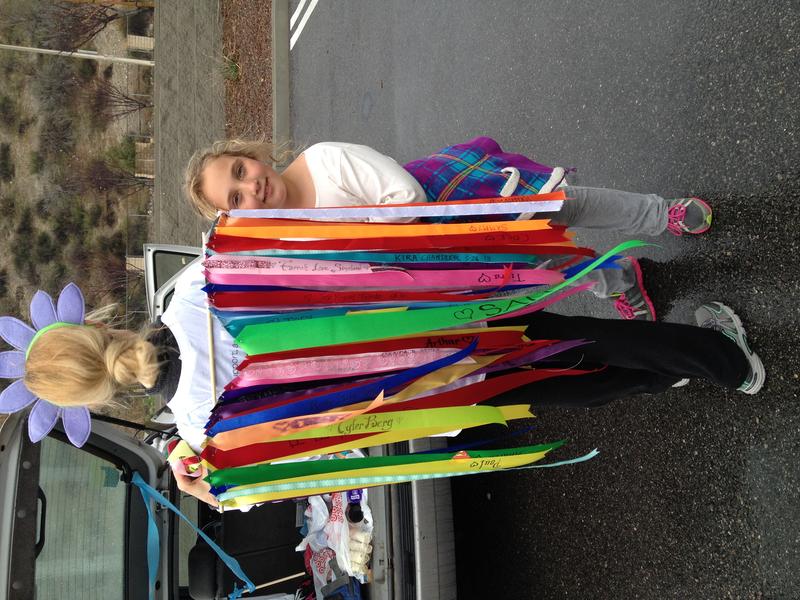 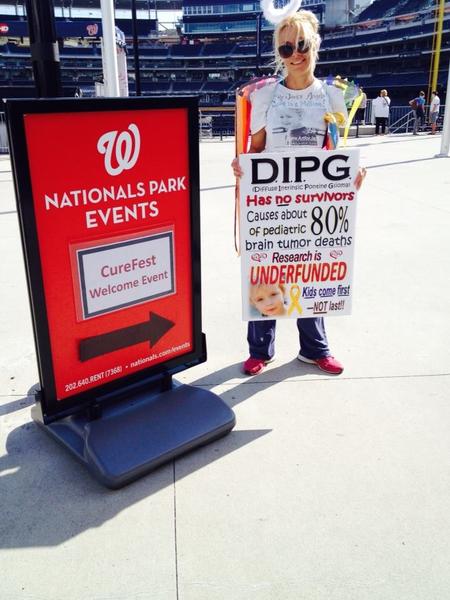 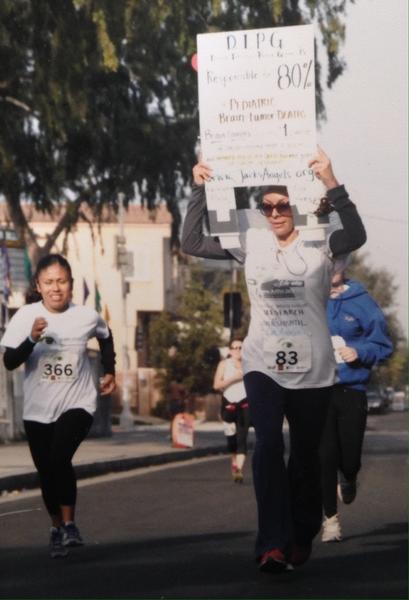 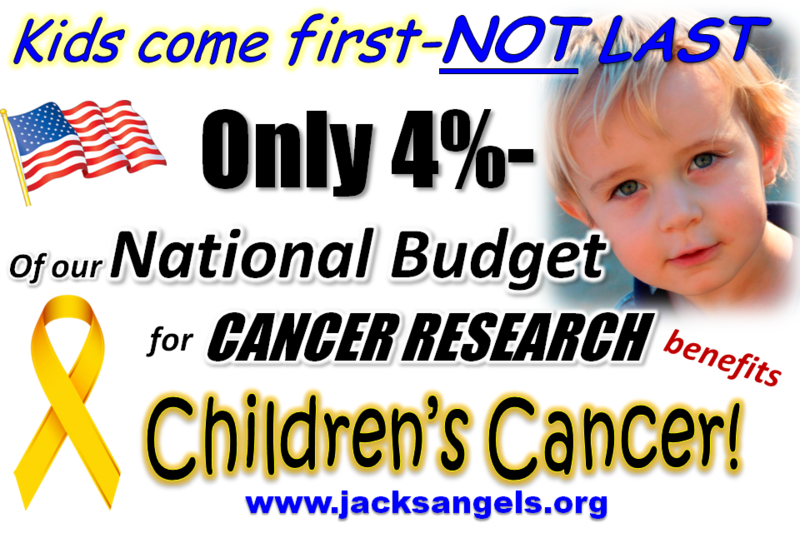 Volunteer with the Childhood Cancer Awareness Group of Coffee County. Last year a total of $132,000 was raised in this small south GA county. We know enough is not being done for childhood cancer.

We lost our precious daughter to DIPG four years ago. We do whatever we can to support awareness and the need for more research! Thank you for making these shirts available!

4% not enough for our children! Supporting DIPG research for my son, Chase and friend, Jack.

To have the power of more than one person in spreading awareness while I'm running!

I personally know families with children battling cancer.. It is heartbreaking.

Share Why You Support "Four Percent is NOT Enough for our Children!"