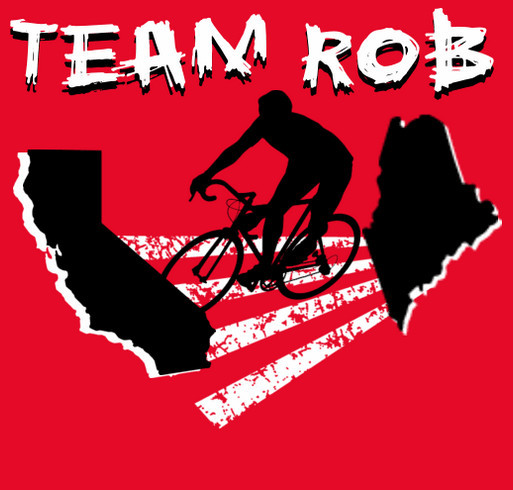 Support Rob on his journey across the United States to raise money for Veteran Charities!

Rob will be cycling across the U.S. in support of charities that helped him recover from his IED, double leg amputation injury. His goal for this trip is to raise no less than 1 million dollars. Be sure to check out the Official Website for updates.

All raised funds will go to charities that aid veterans with challenges similar to his. Specifically, the Coalition to Salute America's Heroes (CSAH), the Semper Fi Fund, and Ride 2 Recovery

Please contact Alison Taylor with any questions you have.

Rob grew up on a farm in the small town of Lovettsville, Virginia. He graduated from Loudoun Valley High School in 2003, and from Virginia Tech in 2007. In his junior year at Virginia Tech, he joined the Marine Corps Reserve as a combat engineer at Bravo Company, 4th Combat Engineer Battalion in Roanoke, VA. In the Marine Corps, combat engineers are responsible for a multitude of disciplines but the primary role that he and his fellow combat engineers undertook was the use of explosives, and the detection of buried IEDs and weapons caches.

He deployed to Habbaniyah, Iraq in 2008, and again to Delaram/Sangin, Afghanistan in 2010. During his deployment to Afghanistan while operating as a part of a push into Taliban territory, he was tasked with clearing an area with a high likelihood of containing an IED. It was in this capacity that he was wounded by the IED that he was looking for. The injury resulted in a left through knee dis-articulation and a right above knee amputation of his legs.

Rob was taken to the National Naval Medical Center in Bethesda, MD for the initial phases of his recovery, which consisted primarily of healing and closing his wounds. He was then transferred to Walter Reed Army Medical Center for the remainder of his rehabilitation. At Walter Reed he was fitted with prosthetics, and worked very hard to learn how to walk with two prosthetic knees. He also used the time to relearn how to do other things with his new challenge including riding an upright cycle, running, and rowing. He enjoyed rowing so much that he decided to train and participate in the 2012 Paralympics. He and his rowing partner Oksana represented the United States well and brought home the bronze medal in their event. Also During his recovery at Walter Reed, he was determined to relearn how to ride an upright bicycle again. Despite many difficulties, thanks to the innovation of his prosthesis Zach, and the help of Brian Bartlett from Left Side Industries, and Ray Clark from Ride to Recovery, he was able to get up and cycling in only six months. He was later able to participate in the Nation's Triathlon in Washington, DC in September of 2011. It was during this time of rediscovery that he came up with the idea of cycling across America in order to benefit some of the charities that had aided him during his recovery. He will be starting in Maine on October 14, 2013, and cycling through the middle of the country, then angling down to Southern California after reaching Utah. His goal for this trip is to raise no less than 1 million dollars, and subsequently give the proceeds to charities that aid veterans with challenges similar to his. These charities include the Coalition to Salute America's Heroes (CSAH), the Semper Fi Fund, and Ride 2 Recovery. In setting a goal to raise 1 million dollars, he hopes to show what Americans can accomplish when they come together for a purpose.