Facebook
Twitter
The 50For50In22 Ride To End Veteran Suicide campaign is a 22-day bicycle trek across North America to raise money for veteran suicide prevention programs. The name of the campaign coincides with several significant numbers associated with the fight to prevent veteran suicide:
- 50...I represent the first 50; I'm committed to complete the ride before my 50th birthday in 2021.
- For50...I'm doing this for the most at-risk veterans, those over 50 years old. While few are surprised to learn veterans are 50% more likely to commit suicide than those who haven’t served, most are unaware that the majority (65%) of veteran suicides are committed by veterans over 50 years old.
- In22...A number associated with a Veteran’s Administration study stating that veterans commit suicide at a rate of 22 per day. My goal is to complete the 4228-mile ride in 22 days.

Why am I doing this? Here's why:
From 2004 to 2005 I served with Army Sergeant Major Ralph Titus as part of Combined Joint Task Force-Horn of Africa. In November of 2004, Ralph and I shared a great adventure...and a tent...as we climbed Mt Kilimanjaro. On Thanksgiving, we ate chicken legs together at 13,000 ft in Barranco Camp. Tragically, in June 2017, Ralph killed his ex-wife, and then took his own life. He was 53 years old. For six months I wrestled with how to reconcile the man I knew with the man that must have inhabited such a dark and desperate place that he could be capable of the things he did in his last days. I don't know that I will make peace with what happened with Ralph, but I know what I must do. I will go on another adventure. I will ride. I will ride for Ralph...4,228 miles in 22 days...from Oregon’s Pacific coast to Yorktown, Virginia. I will ride for any veteran that hurts. Or that is lonely. Or who thinks this world is better off without them. I will ride alone, symbolic of the isolation many veterans experience, and I will raise money for programs to bring our veterans back to us. I will ensure that those who served us all will be taken care of now that they are home. By riding to fund suicide prevention programs for veterans, specifically those veterans over 50, I will, in a small way, sacrifice for those who have sacrificed so much, and ensure they know they are not forgotten.

You can follow my training and the progress of the campaign on Facebook in the #50For50In22 Group or at www.GoFundMe.com/50for50in22. Please visit https://www.customink.com/fundraising/50for50in22collection and buy apparel supporting my campaign to raise money for veteran suicide prevention programs. No less than 80% of the proceeds raised will be donated directly to #Mission22 (http://www.mission22.com) to provide for wellness programs committed to ending the veteran suicide crisis. No more than 20% of proceeds will finance the logistical and equipment requirements to conduct the ride. 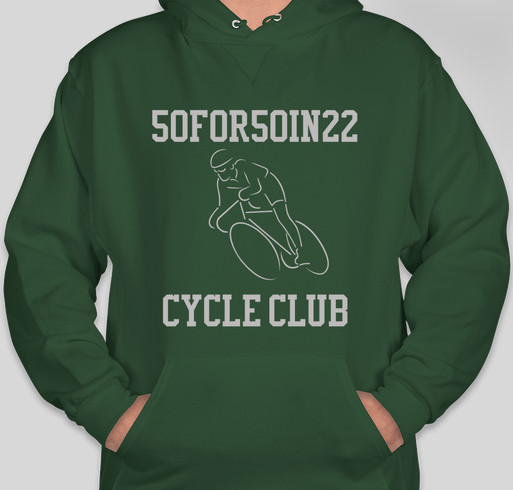 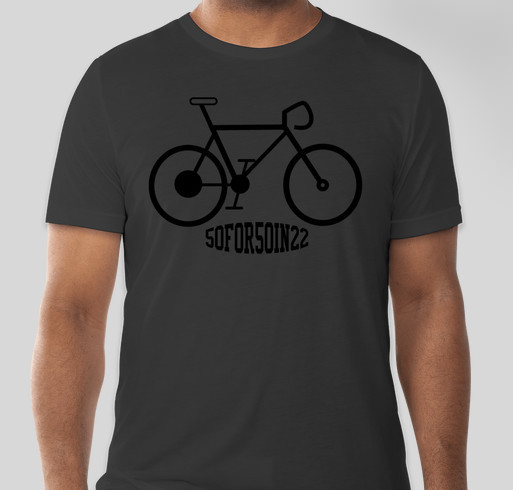 Purchase a 50For50In22 t-shirt and directly support my bicycle trek across North America to raise...