"All I Know is I SURVIVED"

Help us raise funds for a cancer patient and their family, in honor of ALL the Survivors, this Oct.

March 2014, Butta MD created her 1st t-shirtcampaign, dedicated to her late mother, Gloria Deloach, who passed away from breast cancer, August 20th, 2013. "We Are Warriors",successfully raised over $400, from which aportion went to the WINGS Cancer Foundation.
Now in honor of ALL THEsurvivors, thisOctober 2014, Butta MD is launching a new"All I know is... I Survived Campaign", where a hand selectedfamily/patient, that has/is being affected by cancer,will be blessed witha portion of the funds, donated from the t-shirt sales. Also, to make this campaign even better,THE FIRST 10 PEOPLE WHO PLACE AORDER, WILL RECEIVE A FREE PHYSICAL COPY OF DEBUT EP, "Da NU Norm, We Made It."

On August 20th, 2013, Memphian Gloria Deloach succumbed to her battle with cancer, which started in her breast and traveled to her lungs and bones. It happened three days after her 59th birthday. Gloria’s youngest daughter, Margaret, felt a sense of confusion and hopelessness after her mom's passing. She was the main person Margaret could rely on for compassion, constructive criticism, and advice. Margaret's campaign ends Friday, October 24, but she hasalso released her EPDa NU Norm; We Made It, which is composedof songs that got her through the unimaginable hardship of witnessing her mom fight and succumb to cancer. 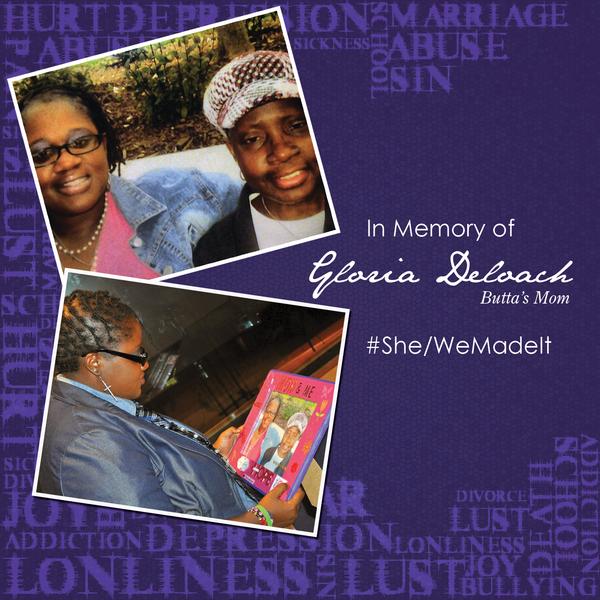 Nearly a year after losing her mom, Margaret launches her 2nd campaign entitled, "All I know is I Survived". Thatslogan is derived from the song "I Survived" that Margaret, also known by her Christian hip-hop moniker “Butta MD,” created during her mom’s battle with cancer. This campaignisin her mothershonor as well as others who’ve battled with or are currently fighting cancer.

And as part of the campaign, she’s released some special T-shirts emblazoned with the words “Disease, Sickness, Addiction, Poverty...I Survived”, with the pink ribbon,across the front. Each year globally, about 14 million people learn they have cancer and eight million people die from the disease, according to the Centers for Disease Control and Prevention. That is the main reason, onJune 2nd, 2014, Butta MD donated a portion of her 1st successful t-shirt campaign, "We Are Warriors", (see pic below)to help others fight the fight, and find a cure. 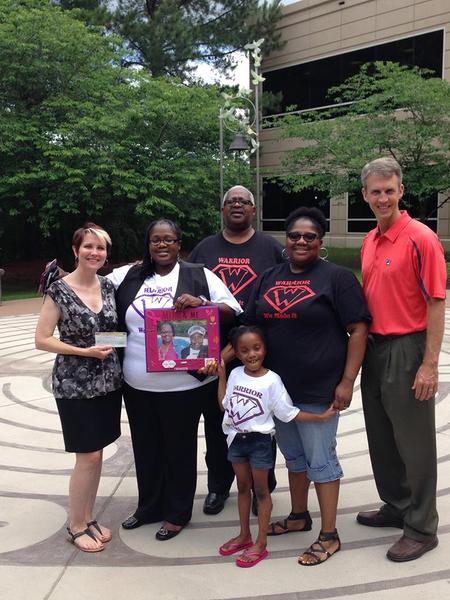 "We have all survived something, even myself", states Margaret. In2007, while Margaret was a sophomore at the University of Memphis, her mom began her battle with cancer. Over the years subsequent to her diagnosis, she experienced hair loss and her health began to slowly diminish. Fueled by the desire to care for her mother, Margaret’s motivation to attend school lessened. “I really wanted to drop out of college, but my mom pushed me to finish,” she reminisced. “I ended up graduating with honors. I had a 4.0 and I owed it all to her. She was there at my graduation.” With both the campaign and EP, Margaret said she hopes to encourage other families who have or are going through the same thing that she and her family did.

Message from Butta MD: "Thank you in advance, for purchasing your, "All I know is I Survived" tee. Just know that every time you wear it, there is a family that is benefiting from the funds, raised through this campaign. So wear it proudly, for your mom, your dad, your aunt, your cousin, your spouse, your pastor, your grandmother, your sister, your brother, your niece, whoever it may be. Most importantly, wear it for YOURSELF, because YOU ARE A SURVIVOR!!"- Love, Margaret Butta MD Deloach.

Share Why You Support ""All I Know is I SURVIVED""