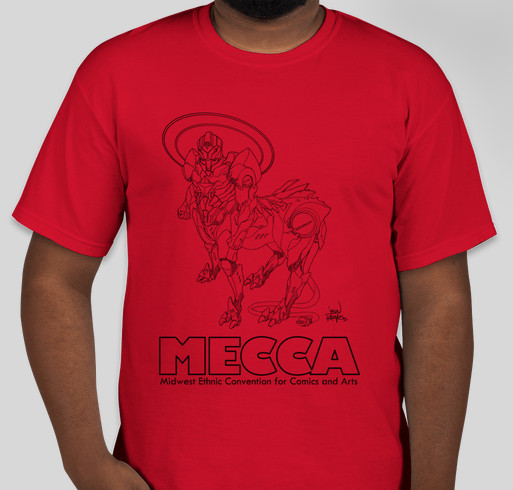 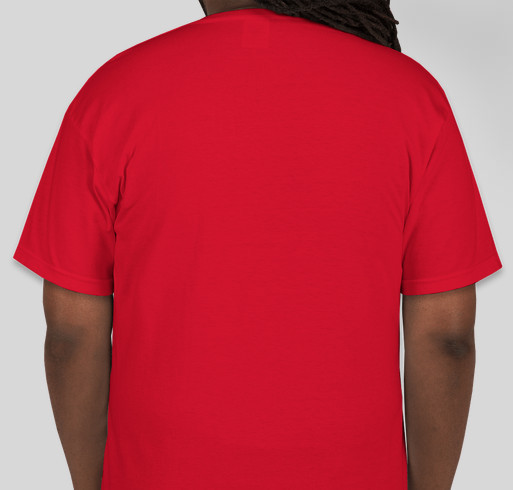 Help support the funding of #MECCAcon2015 with the purchase of a TSHIRT!

Please help support the fundraising of MECCAcon by purchasing one of many tshirts to come! These shirts will be illustrated from some of the ILLEST artists in the comic book industry! Indie AND mainstream! This includes  SHAWN ALLEYNE, JASON REEVES, N STEVEN HARRIS, KHARY RANDOLPH, and more! Let's support each other and get a word out for September's #MECCAcon2015 !

be a part of the process of making #MECCAcon2015 a HUGE success! Show your support by purchasing an official MECCAcon tshirt! ALL proceeds go to the funding of our annual event!

T-shirt #1 is the works of artist, Shawn Alleyne. Shawn Alleyne is a Freelance Artist, Writer and Inker. He was born and raised on the island of Barbados, but later relocated to Philadelphia in his teens, and has lived there since. From an early age he knew he wanted to be involved in art in some capacity, and is currently working in the demanding field of freelance art. He recently formed the comic book networking group Xion, to bring creators of all walks of life together, and has published a Xion Artbook showcasing the work of many of its members. In between working on freelance projects, Shawn constantly seeks to grow as an artist and promote the independent scene-- to aid in this he was influential in starting Artmada, a small crew of artists seeking to express their individual signatures and art styles. Shawn's work is produced under the Pyroglyphics Studios banner, a name roughly translated to mean "Hot Images", to reflect his gritty self-taught style. Oh, and he loves animals, curry, and the word azure.

EXCITED to announce that director, filmmaker, and actor, Ka'ramuu Kush will be head director of this year's MECCA FILM FESTIVAL for MECCACon 2015!
Midwest Ethnic Convention for Comics and Arts - MECCA, aka MECCAcon, is a large comic book and artist convention held annually in Detroit, MI. The primary reason M.E.C.C.A was established was to instill knowledge primarily in the younger art culture. It is my mission to make sure that children know that all "heroes" do not look the same, that many actually look just like THEM. It is also important to learn the origin of comic books, what the historical facts come from, and what the word "hero" actually derives from.

Lastly, at this convention, while comic books are the main focus, we want to make sure that ALL forms of art are highlighted. At the end of the day, art is and always will be ART, creative expression.

So get YOUR drawings ready!!!
share YOUR artwork,
YOUR beginning stages to
YOUR characters, share YOUR storylines, share YOUR concepts!
cuz it will be at YOUR "home",
once AGAIN,
on YOUR terms.
this is for ALL AGES.
This convention highlights CULTURE and DIVERSITY.
No need to pass by 100 booths before you find a character that looks like YOU.

Bring the ENTIRE family!
Celebrate the HERU in YOU!

Midwest Ethnic Convention for Comics and Art, aka M.E.C.C.A, or "MECCAcon", is a division of Amonyet Enterprises. The organization was founded October 2013, by founder and CEO, Maia "CROWN" Williams.
MECCAcon Weekly is a weekly series of features, interviews, and highlights, all focused around comics and art, mainly centered around the AFRIKAAN diaspora community. We focus on the upliftment and advancement of arts thru various mediums. #MECCAconWeekly can also be found on our sister site, DARK MATTERS <a href="http://darkxmatters.wordpress.com/" target="blank" rel="nofollow">http://DARKxMATTERS.wordpress.com

Because it is awesome

We want to help MECCA Con bring a diverse collection of voices to the community! (And we want this great T-shirt, too.)

Its an awesome, community based show!

Because there's a serious need for conventions like this, that are open to art & artists from all walks of life.