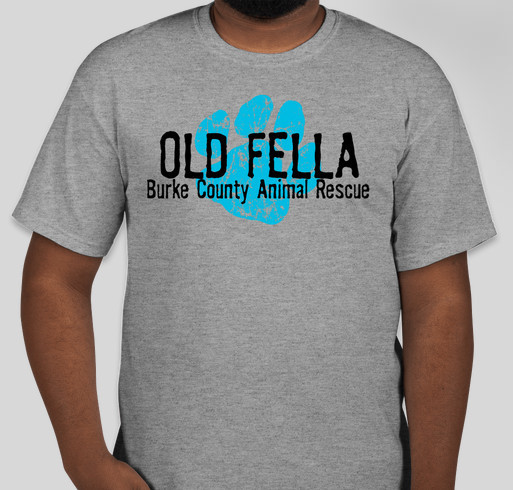 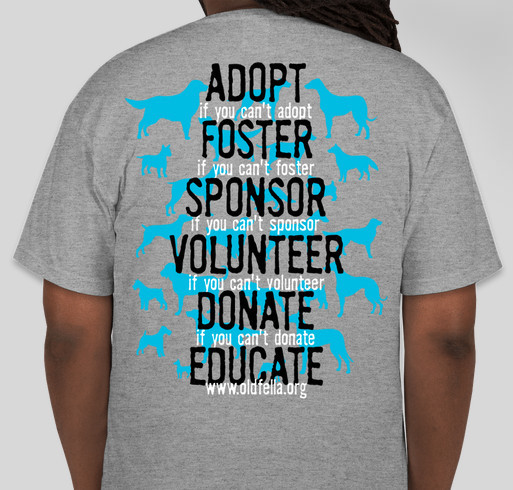 Old Fella Animal Rescue is in immediate need of donations and volunteers!

Waynesboro, GA - "The Bird Dog Capital of the World".... Let me tell you, in the 18 months we spent in Waynesboro, we did not see one single bird dog. Instead, each and every day we witnessed dozens upon dozens of homeless pets littering the streets of this small town. Although we only lived there for a short time, this problem will forever be heavy in my heart. Please join me in supporting the work and efforts of Old Fella Burke County Animal Rescue.

This booster t-shirt campaign is my way of saying Thank you, and helping the animals that I wish I could bring home and love forever. Please, help me help them help the animals!
ALL profits go to Old Fella Burke County Animal Rescue.

Our family has always had rescued dogs and now our adult children adopt rescued dogs. This is honor of my son, Jim for his birthday.

I used to live in Burke County. Always carried a large bag of dog food in my truck and would stop and feed the hungry. There were many. Very sad.