Be Good To Each Other - Hayden Byerly & Gavin MacIntosh 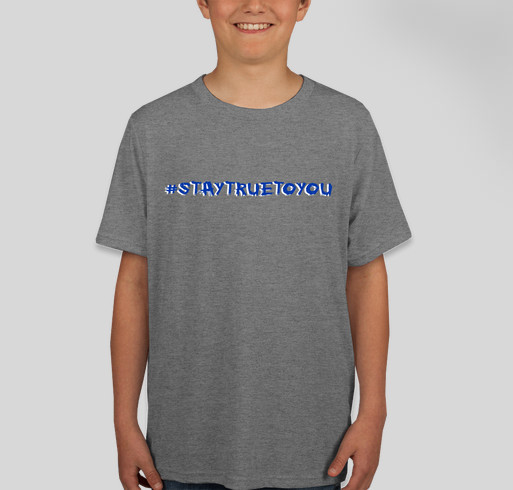 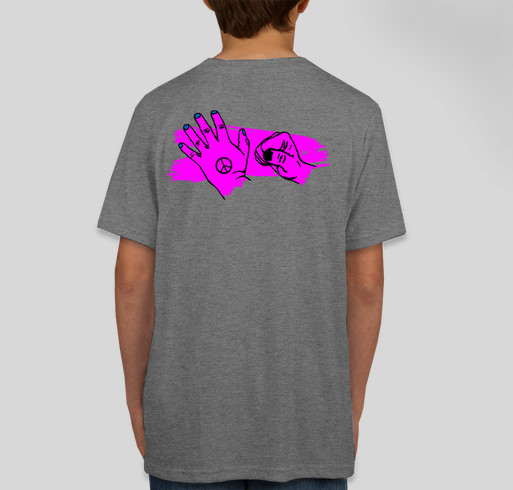 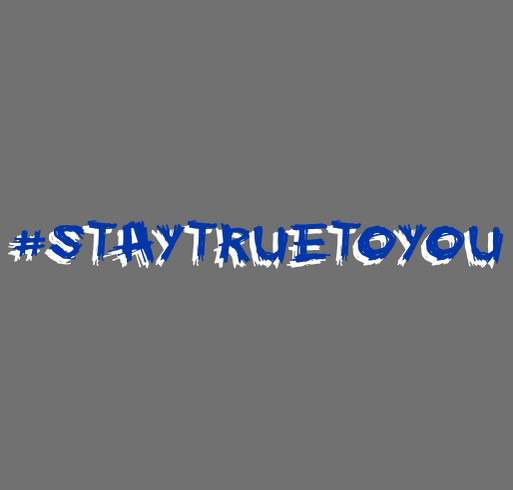 This edition of Hayden and Gavin's Booster has ended, but you can buy this same shirt to support the second round of their campaign HERE! 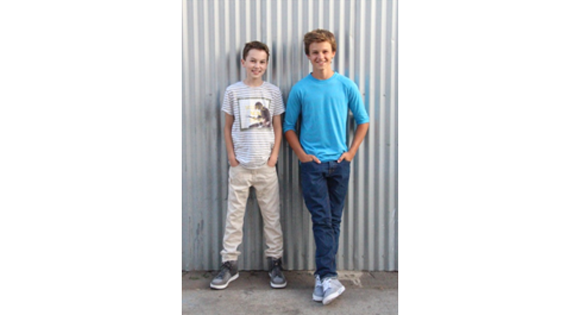 Hayden Byerly grew up in Littleton, Colo., and now lives in Los Angeles, Calif. He currently stars as Jude Jacob on ABC Family’s new hit show “The Fosters.” Hayden also recurs on the TV series “Parenthood” as Micah Watson and can be seen in numerous national commercials including the “Oscar Mayer – Hey, Mom” campaign. He can be heard as the voice of Prince Gustav on “Sofia the First” and plays the animated Young David Mason on the Call of Duty: Black Ops II video game

Gavin MacIntosh is originally from Tucson, Ariz., and now lives in Hermosa Beach, Calif. Gavin recurs as Connor on “The Fosters,” and has guest stared on “Raising Hope” and “Parks and Recreation.” He can be seen in national commercials for Goodyear Tires and Honda, in print campaigns for such companies as Tilly’s, Target, Porsche, Hang Ten, and Tom Tailor, and in more than a dozen indie films.

Even though these two young men have been in the Los Angeles industry for several years, they had never crossed paths before they started working together on “The Fosters.” When “The Fosters” filmed the blue nail scene that tackled the issue of bullying, they both realized they wanted to do something for the cause.

Since that time, these two friends have been lending an ear to others who have been victims of bullying. The cries for help and stories of pain have motivated Hayden and Gavin to take a personal stand against bullying and encourage kids around the world to accept and embrace differences, despite different backgrounds and physical appearances. Both Hayden and Gavin believe staying true to themselves has helped them overcome their own challenges, and they want to encourage others to do the same.

When not acting, Hayden enjoys playing video games, riding his bike and hanging out with his little brother. Gavin is an avid soccer player and loves anything outdoors: running, biking, boarding and going to the ocean.

About the Be Good to Each Other campaign

At CustomInk, we believe in the Golden Rule and treating others with kindness and respect. Statistics show that between 20-30% of school-aged kids in the United States have been bullied. That is why we've created the Be Good To Each Other campaign to help increase awareness and ultimately prevent bullying by uniting groups with custom t-shirts.

This is the third year of the CustomInk Be Good To Each Other campaign. With the help of our celebrity partners, the media and you, CustomInk has raised more than $20,000 for bullying prevention efforts. And the power of t-shirts goes beyond just the funds raised - thousands of people continue to wear the shirts they've purchased and spread the word that bullying is not okay!

• PACER.org/Bullying: This is the portal page for parents and educators to access bullying resources, which include educational toolkits, awareness toolkits, contest ideas, promotional products and more.

• PACERTeensAgainstBullying: Created by and for teens, this website is a place for middle and high school students to find ways to address bullying, to take action, to be heard, and to own an important social cause.

• PACERKidsAgainstBullying: A creative, innovative and educational website designed for elementary school students to learn about bullying prevention, engage in activities and be inspired to take action.