This is a memorial shirt i designed for my son Vincent J Kafka who died from a very serious game called the choking game. I would like to spread the word to young children and adults that this game is very deadly.

If you have any questions or want to learn more, please email tat2man68@msn.com

I was born November 30th 1992 in Red Wing Minnesota. My parents are Steve Kafka and Lynda Kafka and my sister Cassandra Kafka. I was born premature with fluid in my lungs and the chances were against me to survive right away at birth. I was rushed to the U of M children's hospital in a Life Link ambulance. Realizing that I needed to fight if I wanted to survive knowing that god give me a strong will and purpose to live I fought to get stronger. My parents brought me home 3 weeks later. 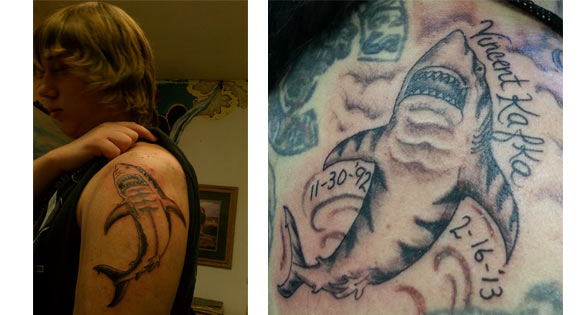 I started my life living in Red Wing Minnesota, then moved to Cannon Falls Minnesota where i went to school up until 8th grade and then moved back to Red Wing Minnesota where i graduated from in 2012. I loved riding bicycle and doing tricks with my bike. Playing my electric guitar and listening to music. I would go hiking and climbing the bluffs and exploring the caves with my friends. I would always help my grandparents around there house and fixing things. I had a riding lawnmower that I hopped up and always got in trouble with it. I loved spending time with my friends and helping them out whenever I could. I enjoyed life to the fullest, and would always try to take that extra step to move forward or to help others. I worked at Capital Safety in block assembly for 4 months and was excelling really well in my position. I was planning on going back to college to be a engineer so i could make my dreams come true with my car idea called cloud nine. I had girlfriend named Haily Majerus we went out for 4 1/2 months and was happy and started to enjoy life more. 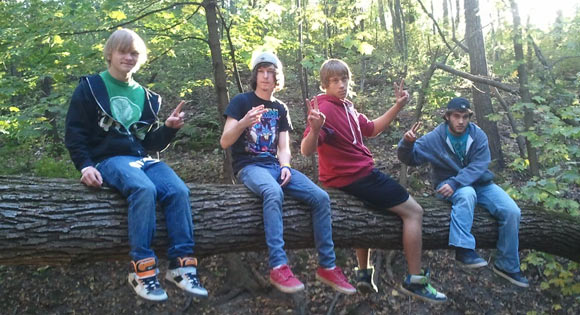 On my last day February 16th 2013 I was having a great day everything was going good. I spent time with my girlfriend, seen both of my parents talked to them, spent a lot of my time with my sister and grandparents and my uncle. Everything was going great and made plans with my girlfriend that evening to go out. Then I tried something really stupid that changed my family and friends lives for good. I tried a game called the choking game by myself in my room, thinking that I would wake up and be just fine for my date. I just wanted to get a little high sensational feeling. Not knowing that i would never wake up again and my life would now be over playing a stupid game. As the blood circulation was slowly cutting off to my brain i was waiting to wake up, but i fell asleep and passed out never waking up and having my dad walking in and finding his son passed away. 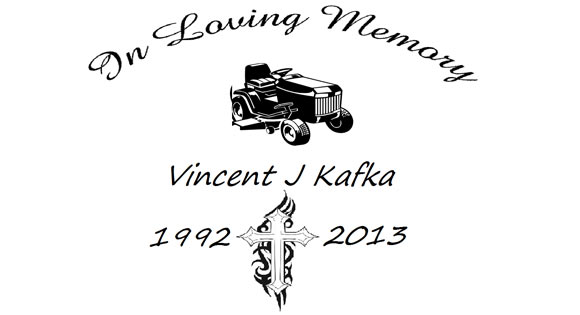 So now my parents and family are trying to help parents and children of all ages to educate them about this game that is very deadly. It's been called the choking game, space monkey, cloud-nine, purple-hazing and other names. What it does is cuts the blood circulation of to your brain and then when they can't take it no more they release the pressure then all the blood rushes through your brain killing up to millions of brain cells that will never comeback or sometimes you pass out and have seizures or just never wake back up and you die.

So the money from this campaign will help out my family and also help them get more educated on this choking game so they can continue to help others and to let people know this is not fun and games it's just deadly. After I passed away my mom was talking to some of my friends and was telling them about what happened to me and explaining how the game works. My parents found out a week later that one of my friends went to get help and now she is doing fine.