Show That You're A Woodstock Woman

Organized by Women At Woodstock We've decided to create these great tees to help women attend our Women At Woodstock Retreats - women who cannot afford the registration fees but who want and need the experience of community among women, of learning together and from each other at our workshops, of getting away from day to day life, of gaining new friends, support, and encouragement, of the peace and beauty and solitude and cool crisp air of the Hudson Valley in the fall. We need everyone's support to make this happen, so we've created these "Woodstock Woman" flowy tanks that you can wear under a wrap or jacket or alone, to social gatherings, on errands, to take a walk or go to the gym. Be a Woodstock Woman and wear it proud! To see what our retreats are all about click here.

Why Women At Woodstock? It was over a decade ago. I was turning the big five-oh, and I was in the midst of a divorce after twenty-three years of marriage. There had been strife and tension in my life for many years. Socially, I'd been in a lay-low mode for a long time. I had friends, I went to gatherings of people I knew well, but I wasn't exactly a social hobnobber. Nah, no one was going to throw a birthday party for me. So I decided to throw one for myself. Not with glitz or high heels or streamers or fancy food or cocktails and hollow conversation. No, a celebration of myself. My style. 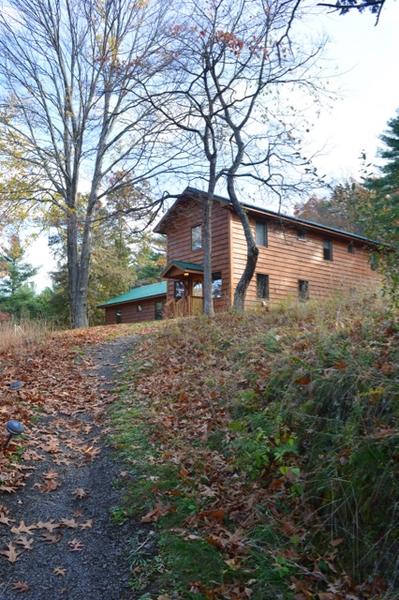 I rented a cabin in the woods. I invited a dozen girlfriends and asked them to bring food & wine, CDs, videos, candles, and walking shoes. I said I didn't want to go antiquing or out to restaurants or on any shopping expeditions of any kind. Just hang out, listen to music, talk, take walks, cook, chill in the hot tub. Get up for the sunrise. Sit on the porch at sunset with a glass of wine.

Fifteen of us gathered together - some from my group of Shaker Heights, OH friends, some from far away - friends from my earlier days in New York City. A few came not knowing a soul but me, but everyone was willing to take the leap and spend the weekend together. All of us loved the prospect of spending a no kids, no husbands, no make-up, no errands weekend away from day-to-day life. A weekend just for us.

The experience was grand. Any conversation that happened was open to anyone; there was no breaking off into pairs or cliques. We talked a lot; we went off alone here and there for time to ourselves. We took a good long hike in the woods and came back good and sweaty. We mixed margaritas. We shared our food and took turns cooking and cleaning up, without any need to ask, discuss, or bargain. 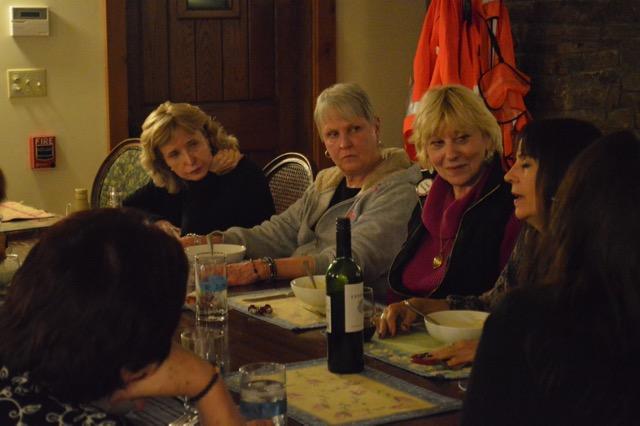 And on the second night, I lit all the candles and brought out a little basket into which I had dumped a handful of folded slips of paper. I held it out. "These are questions I'd like to pass around the table. A few women looked very close to rolling their eyes. "If you pick a question you don't want to answer, just put it back and get a different one," I said.

During the next few hours, some women shared hilarious stories from their lives. Some shared dreams they'd let go by the wayside. Some shared stupid things they'd done that should have left them dead.

That night seemed to make a change for a few of us. One woman who'd abandoned her painting years ago came close to tears that evening. "I didn't realize how much I missed it," she said.

Another shared the hidden doubts she'd harbored since giving birth to a severely disabled child twenty years earlier. (Did I cause it? Was it due to the drugs I took in my twenties? Was it my diet?)

I talked about the problem that had plagued me all of my life - chronic tardiness - that the group, and everyone else in my life, had always teased me about. I shared the embarrassment it had brought upon me, the efforts I'd tried to cure it, and the terrible consequences it had sometimes caused.

Another revealed that she was really at the point of desperation, looking for a new job. As it turned out, another woman at the table didn't know she was even looking, and knew of an opening at her place of work.

All in all it was a low-key weekend. Casual. Free-flowing. An escape. No real agenda. Yet it actually changed the course of a few lives. The woman who'd given up her art got out her painting supplies when she got home, set up a little studio area for herself, and started painting again. I found myself continuing to think hard about what I'd realized as I talked at the table; that my life, and those of my children, had been severely affected by my always being late. It wasn't just an annoying character trait of mine; it was a serious problem that I hadn't been able to correct in 50 years - why? I'm now writing a book about the subject. The woman who needed a job was recommended by her friend whose place of work had an opening, and got the position.

So did all of these things happen because of what I did? No. The revelations happened and the changes were made and the help was given because of the women who were there, because of their willingness to share their true selves, and most of all, I think, because of the encouragement and support they received from the rest of the group.

That's what's behind Women At Woodstock - the desire to bring like-minded women - women of experience - women who want to know themselves better and give and get support from one another - together to share what they may. It is more structured than just that; we have workshops and speakers and yoga and special activities. But at the bottom of it all, the essence of it all, is that we have each other. And that's where the power of the experience lies. 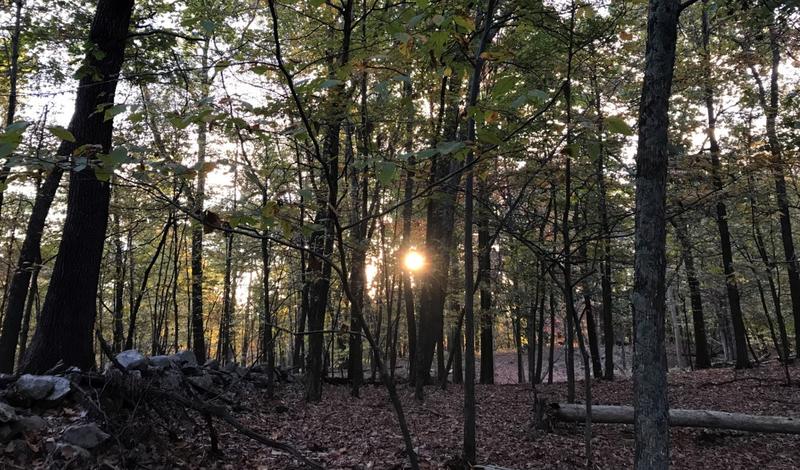 Great idea Ann... The Women at Woodstock are amazing and every woman over 50 should attend to build her community and tribe!

I am one of the women who can barely find the money to come to the Writer's Retreat each year...and yet it is so essential to my growth and healing. I hope this helps someone else to experience WaW!

I'm happy to support this worthy cause!

I love everything about this retreat and hope it goes on for years to come! It’s a life changing event!!

Why wouldn't I support it! WAW is a great experience, and here's a chance to make it affordable to more women!

I support Ann and feel it's important for women to support other women!

Share Why You Support "Show That You're A Woodstock Woman"