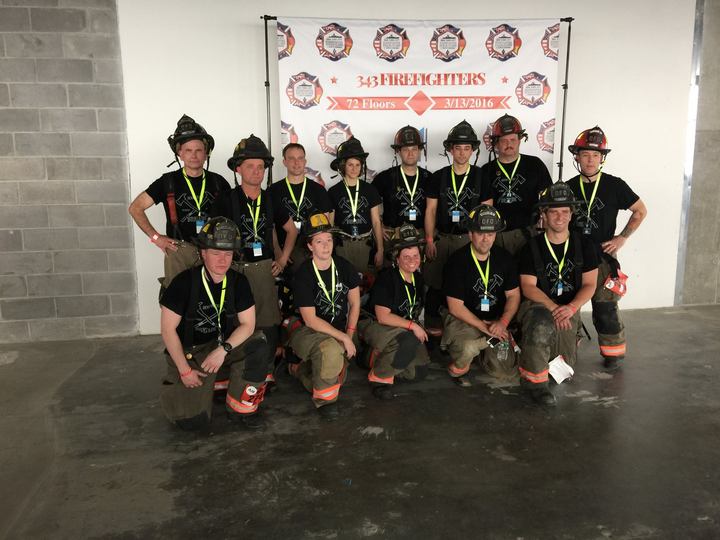 View full-size image
Is this photo a winner?
"Following the events of September 11, 2001, firefighters across the nation began to participate in "Stair Climb" events as a way to pay tribute to fallen brothers and sisters. On March 13th 2016, 343 firefighters in full firefighting gear ascended the 72 floors of 4 World Trade Center in the 2nd Annual New York City Firefighter Stair Climb. While each climber climbed in honor of one of the 343 FDNY firefighters killed on September 11th 2001, the climb also memorialized fallen first responders and military personnel worldwide. This climb marked the inaugural event for the Benevolent Brigade, formed to support charitable organizations while promoting firefighter health and fitness. The Benevolent Brigade consists of 13 firefighters from Durham, NC and two other firefighters from Long Island, NY Our team has identified Stop Soldier Suicide as a local beneficiary to receive donations for this event and generate awareness along with the official stair climb charity of Team Red White and Blue." - https://www.facebook.com/BenevolentBrigade - Benevolent Brigade (Mar 18, 2016)