Break the Silence on Ovarian Cancer 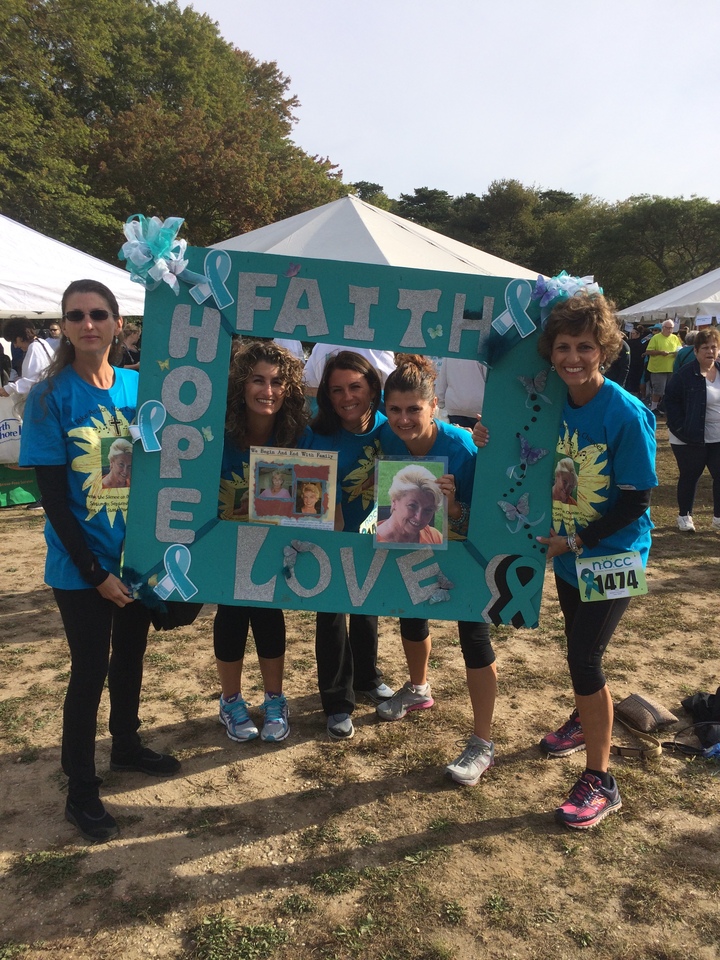 View full-size image
Is this photo a winner?
"The photograph was taken at the "Break the Silence on Ovarian Cancer" Walk/Run sponsored by the National Ovarian Cancer Coalition on Saturday, September 26, 2015 in Belmont State Park on Long Island in New York. My four sisters and I were walking in memory of our mom whose life was taken by this disease ten years ago at the age of 65. The entire event raised over $120,000 for ovarian cancer research and assistance to those afflicted by the disease." - Team Sossi Sistas (Sep 28, 2015)