Cast of Moon Over Buffalo... Lunatics! 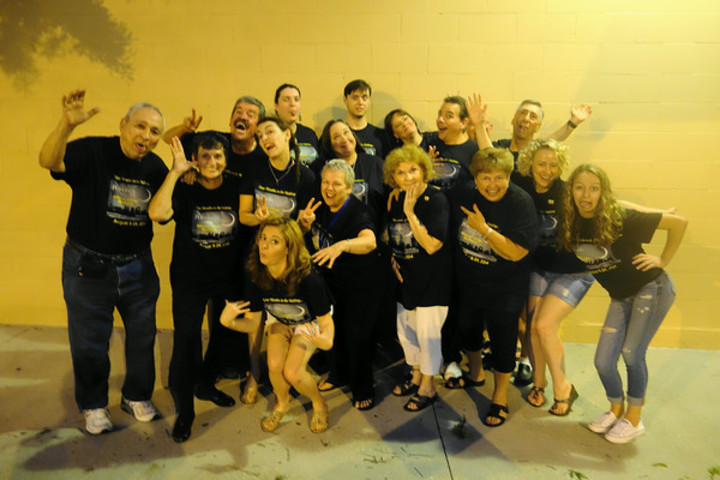 View full-size image
Is this photo a winner?
""Moon Over Buffalo" was presented at West Coast Players in Clearwater, FL from Aug. 8-24, 2014. This photo shows the cast and crew going a bit loony after a very long production process. Originally cast to perform in March - the original theatre went belly up financially and the show was cancelled two weeks prior to opening. Fortunately West Coast Players adopted us and we opened their 2014-15 season for them with sell outs almost every night. So it only took 9 months for us to "deliver" this hit comedy! No wonder the cast looks so crazy! Working with Custom Ink - was a fantastic experience. Great quality shirts, easy ordering process, and speedy delivery - could not have asked for anything more! Thank you!" - http://www.wcplayers.org - Moon Over Buffalo (Aug 25, 2014)