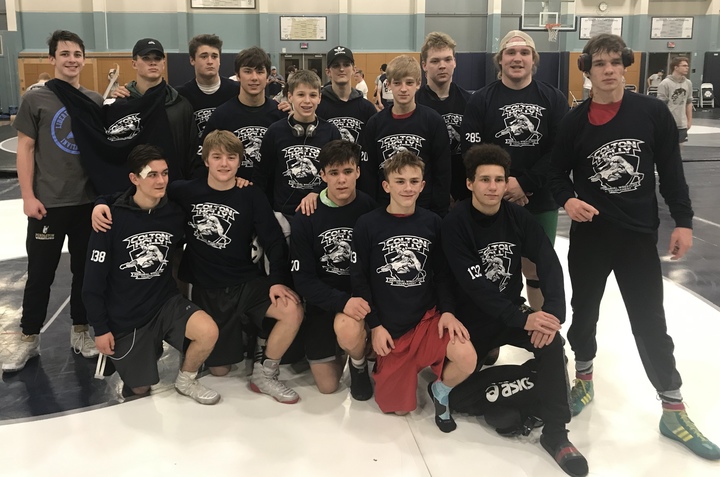 View full-size image
Is this photo a winner?
"The Pendleton Buckaroos Wrestling Team defeated five other teams to win the 2019 Colton Holly Memorial Wrestling Tournament. They did this by winning their final match against the two-time defending champions! They showed a lot of heart and wrestled hard all day throughout all five of their matches. We were honored that they made the four hour drive (each way) to compete in this tournament! All proceeds from the tournament benefit the Colton Holly Memorial Scholarship Fund, which was started in memory of Colton Holly, who passed away after a wrestling camp with his teammates. He had a passion for wrestling that was truly inspiring to see and this tournament is always a highlight of the year for his family!" - http://www.coltonholly.org - Brad Holly (Jan 14, 2019)