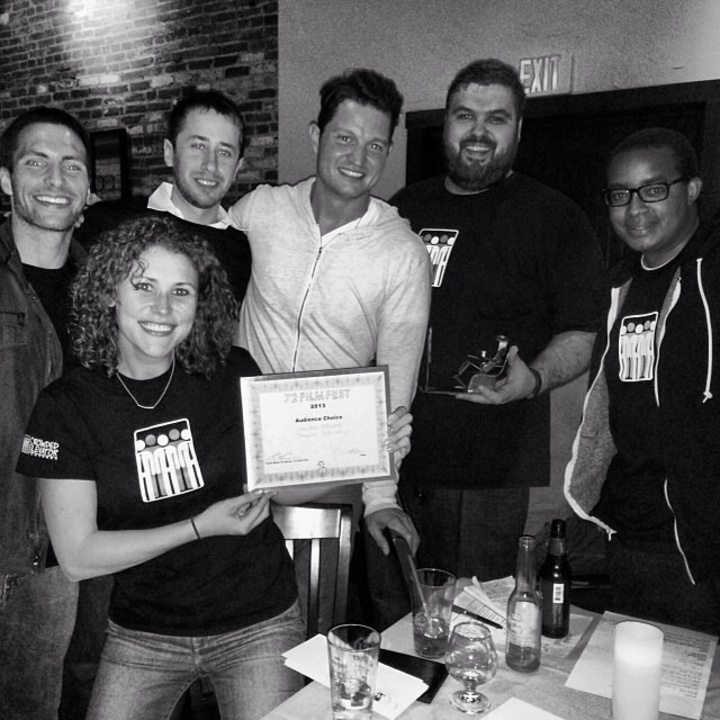 View full-size image
Is this photo a winner?
"My film production team, Crowded Elevator Pictures, won the "Audience Choice" and "Best of the Rest" awards at this year's 72 Film Fest in Frederick, MD. This was from right after we were awarded the Audience Award. We compete in multiple 48 and 72 Hour film festivals each year, and I have CustomInk produce the t-shirts that I give as gifts to my cast and crew after their second film working with us - with Crowded Elevator, you earn your stripes AND your shirt! I have been extremely happy with my first 2 orders from CustomInk. The shirts often draw compliments from random strangers - it's a great promotional tool!" - http://Www.crowdedelevatorpictures.com - Crowded Elevator Pictures (Oct 23, 2013)