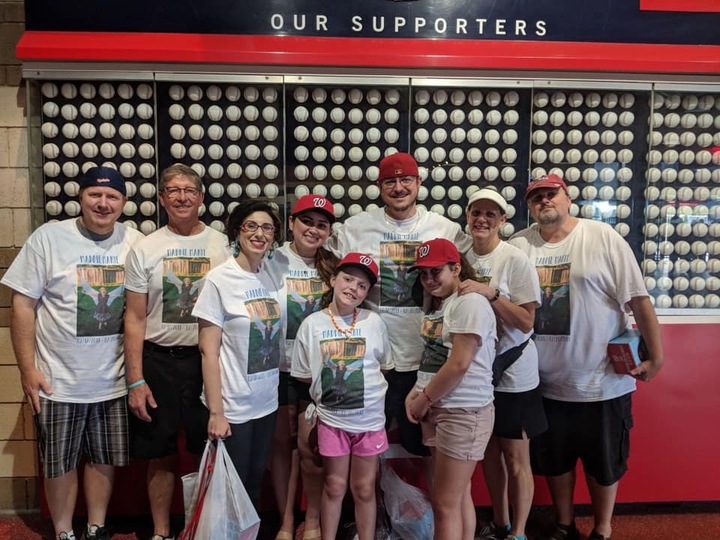 View full-size image
Is this photo a winner?
"My daughter passed away after a 7 month battle with DIPG. During her battle we were introduced to a wonderful non-profit foundation called Michael Mosier Defeat DIPG. DIPG is a terminal upon diagnosis brain tumor, mostly effecting children ages 5-11. The average life expectancy after diagnosis is 9 months. With September being Childhood Cancer Awareness Month, the Washington Nationals were recognizing Michael Mosier Defeat DIPG as the non-profit of the night. September 14th was the Nationals DIPG Awareness night. We wanted a shirt that would say everything, tell our story and bring awareness to the disease, saying the words we likely wouldn’t have been able to say. They did an amazing job as at least 6 random people asked about our shirts and their meanings and who the angel was on the front. The experience with Custom Ink was great. From beginning to end it was magical. I do not know how else to describe it. They were lovely to work with and the only place I will go to for my future needs. " - https://www.defeatdipg.org/meet-the-kids/madelyn-hartman/ - #MadStrong (Sep 15, 2019)