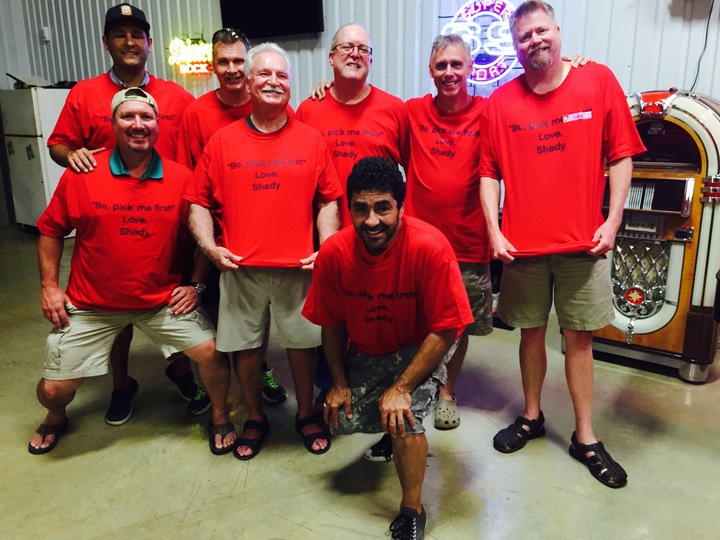 View full-size image
Is this photo a winner?
"This is our league's yearly fantasy football draft. Bo (who was too embarrassed to be in the picture) had drafted Shady McCoy first overall two years in a row. Shady repaid him repeatedly by going in the tank, and sinking Bo's season like the Titanic. This was our way to show support for Bo making it three years in a row!" - Brett, Mike, Walt, Joseph, Doug, Dave, Jason and The Rookie (Sep 08, 2015)