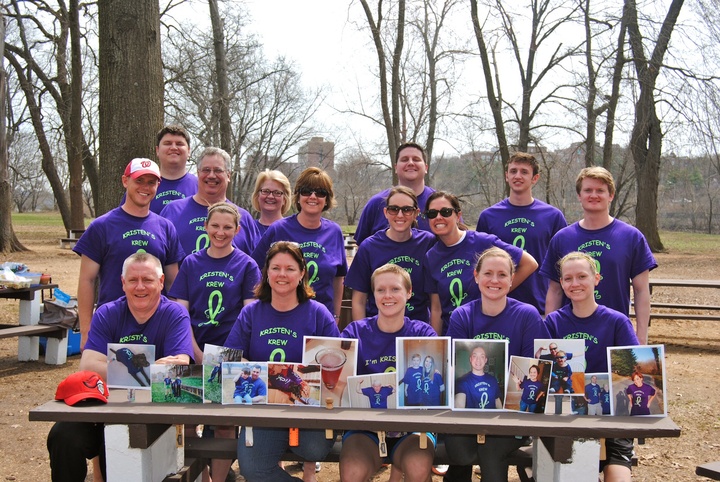 View full-size image
Is this photo a winner?
"My daughter Kristen just completed treatment for Hodgkin's Lymphoma. She and her brother, Stephen and sister's, Colleen and Katie along with her soon to be brother-in- law, Matt and soon to be sister-in-law, Evelyn all completed the Rutgers 1/2 Marathon. Kristen jokingly had said during her chemo treatments that she "chose to run the RUnite 1/2 marathon but should have gone to Walt Disney World." We created a special T-shirt for Kristen with this saying and we all got shirts saying Kristen's Krew in the colors representing Lymphoma. This is a picture of our family including our stick photos of distant family, with our "Kristen's Krew" CustomInk shirts, rallying around Kristen and celebrating the news that she had just received the "All Clear"." - http://www.lymphoma.org/tribute enter/kingfamilymd06 - Kristen's Krew (Apr 19, 2014)