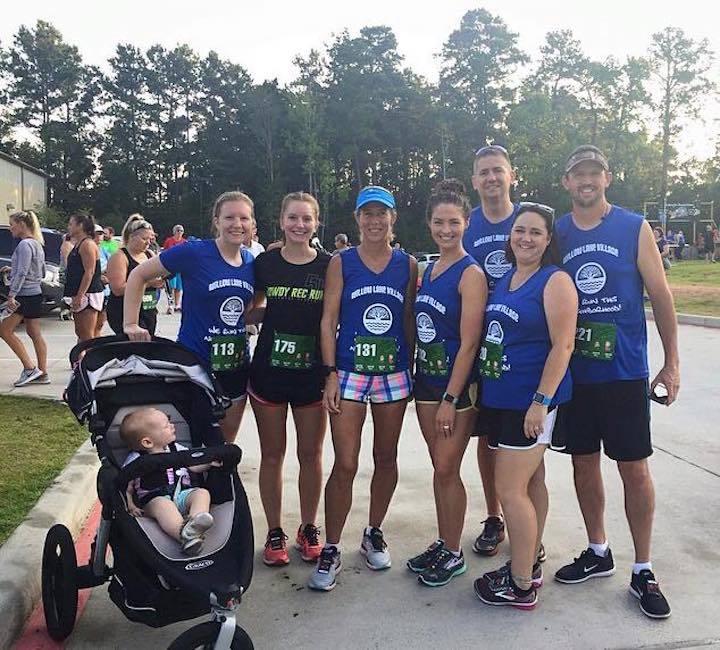 View full-size image
Is this photo a winner?
"Everyone in my neighborhood knows me as "the runner" since I'm out training and running 6 days/week. When a neighbor mentioned she'd like to run a 10K someday, I asked if there was any interest in starting a running group. We're a small neighborhood and still ended up with a group of 6-8 every Saturday morning. Over the last two months they went from one minute and walking 1.5 minutes the first day to running 35 minutes straight. A couple weeks before our "graduation race" I asked if we should have shirts. I knew of CustomInk from a couple of relay races I'd done. I was so happy to find a tech shirt that we could run in in Texas in August that came in both men's and women's cuts and both sleeveless and short sleeve version. Everyone was thrilled with the shirts and they were just great for running. This picture was taken right before all these neighbors and I ran the Southern Star Brewing Co. 5K in Conroe, TX on August 5. Everyone finished the race and we're going to run another in September. I was even complimented on the shirts in the beer line after the race!" - (Aug 07, 2017)