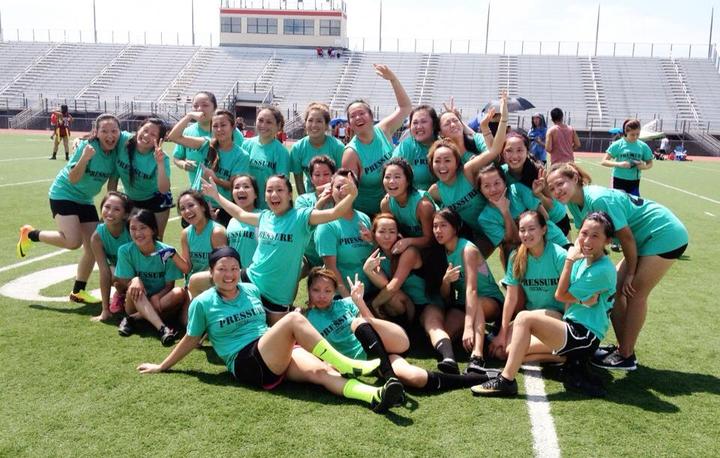 View full-size image
Is this photo a winner?
"You are looking at one of the first Hmong women's flag football team in Tulsa, Oklahoma, team Pressure! Towards the end of October, the Hmongs in Tulsa celebrate the new year with a local festival that consists of traditional food, live music, dance and singing competition, beauty pageant, sports competition, and people of all ages dressed up in traditional Hmong clothes. During previous Hmong New Year festivals in Tulsa, women's flag football has never been included in the sports competition simply because there were no local teams. In January 2014, we created this team in hopes of promoting other women to create their own team so we can play during the Hmong New Year festival. Now there are four active teams and for the first time ever, we will be playing flag football for the Hmong New Year festival in Tulsa! We needed to make team t-shirts and found Custom Ink on a google search. They were the first link to pop up because they were the only website that had our desired team color: mint green! Custom Ink was very helpful with making sure we got the exact design we wanted and we received the shirts a week earlier than expected, which was awesome! We played our first scrimmage against another local team in Aug. 2014 and we can't wait to rock our shirts again for the Tulsa Hmong New Year festival! " - Choua (Sep 24, 2014)