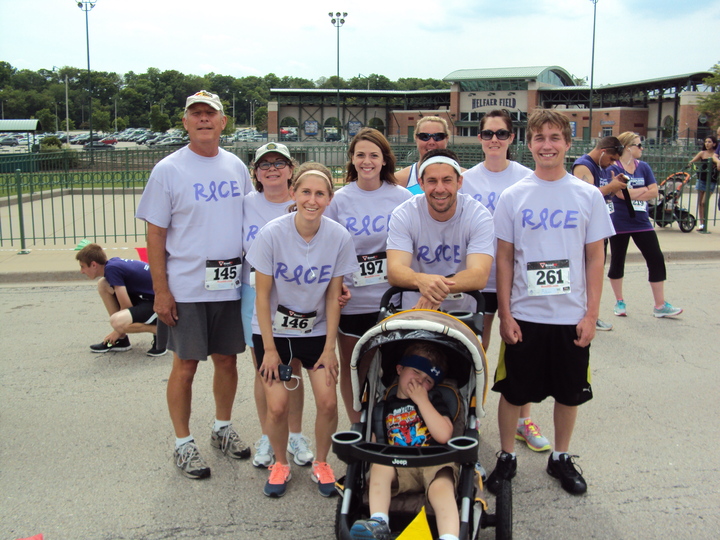 View full-size image
Is this photo a winner?
"On June 7th, over 2,000 family and friends joined together to run or walk to raise awareness for pancreatic cancer at the PurpleStride 5k run/2 mi walk. Our team, Jeff's Joggers, had a mix of 40 runners and walkers. Jeff, who our team was named after, lost his battle to this deadly cancer on February 10, 2014. Since it has only been a few long months without Jeff, we are new to this cause. Being at this event opened our eyes and showed us we were not alone in losing a loved one from this type of cancer, and it was very moving to see. We chose this specific pancreatic cancer event because in Jeff's younger days, he was an avid runner, competing in many races from a simple 5k to marathons. While most of our team walked, this picture only shows the few team members who ran the 5k." - Jeff's Joggers (Jun 11, 2014)