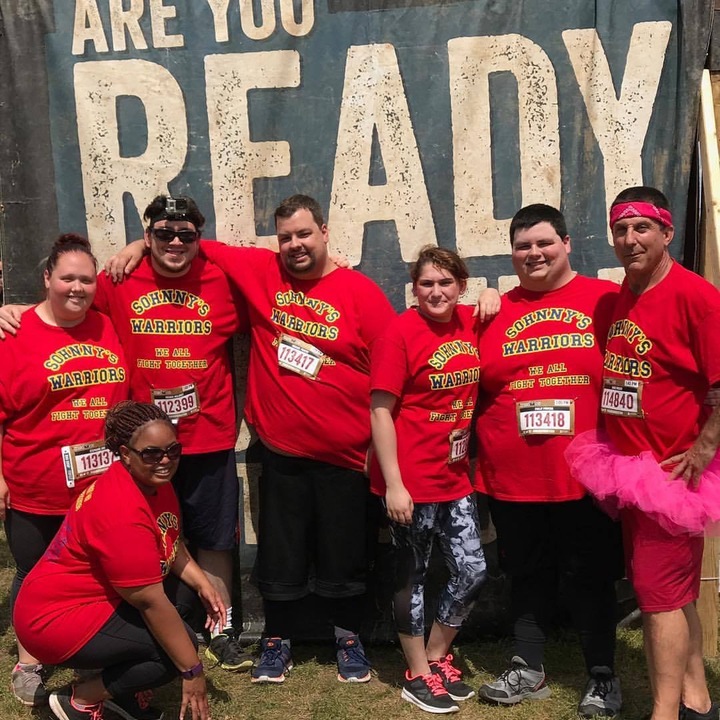 View full-size image
Is this photo a winner?
"When we all signed up for Warrior Dash, my teammates and I were stuck on our team name. From December until April, we could not think of anything. Then, on April 27, our name came to us, but not in the way we wanted it to. SOHNNY'S WARRIORS is named after a student of mine name Rahsohn, but we all called him by his nickname Sohnny. He was diagnosed with a rare form of cancer in May of 2016, and sadly lost his fight on April 27, 2017. After getting his mom's blessing to name it after him, we were all set. From there, we got the idea of incorporating family and friends me and my teammates lost in our lives to cancer by placing them on the backs of our shirts. Our motto for our race was "We All Fight Together" because Sohnny's school fought beside him with numerous fundraisers, including one involving the entire school district, as well as us fighting beside each name on the backs of our shirts during their courageous fights with cancer, proving that we all fight together. Our team was also raising money for the St Jude Children's Research Hospital to try and help kids during their owns fights with childhood illnesses, also proving that we all fight together." - Pat (Sep 05, 2017)