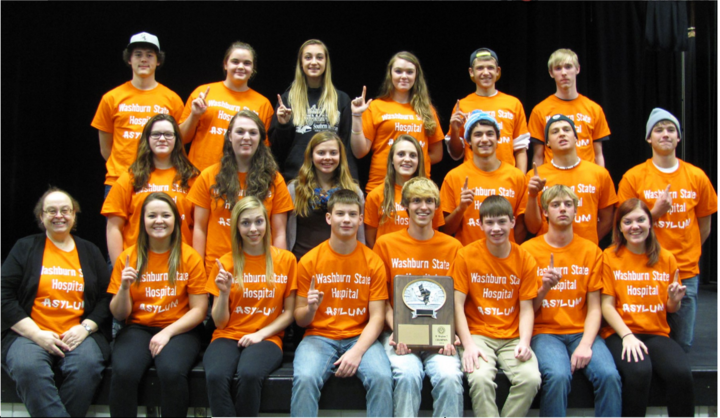 View full-size image
Is this photo a winner?
"The Washburn High School One Act Play team won swept their region with a perfect score, and advanced to state. There, they had a rough time in the preliminary round, but advanced to the finals. Everything went smooth in the finals and the team took first place, crowning them as the 2014 North Dakota One Act Champions! This is their first championship since 1997. The shirts worked out amazingly and received multiple compliments!! Thanks CustomInk for the memorable season!" - Parker Pochant (Nov 28, 2014)