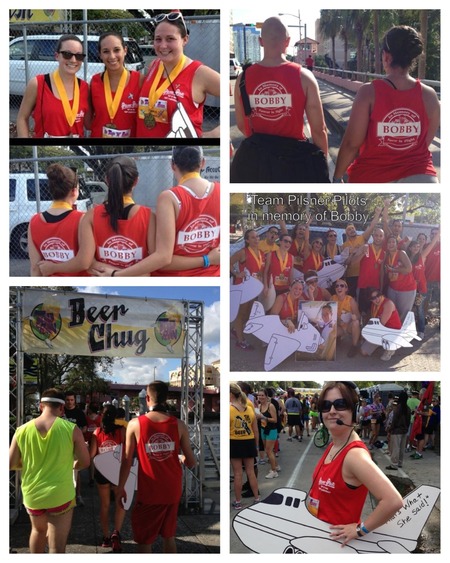 View full-size image
Is this photo a winner?
"My 24 yr old son was a pilot whose G-IV plane crashed in July 2012 killing the 3 crewmembers onboard. Bobby's friends wanted to form a team to run in his memory at a 4k fun race in Ft Lauderdale called Tap N Run. The watering stations along the way are Beer Chug stations. I'm sure he would have thought it was hilarious what his friends were doing in his honor. I even brought a picture of Bobby so he could be in the group shot." - Bobby's Mom (Jan 13, 2013)