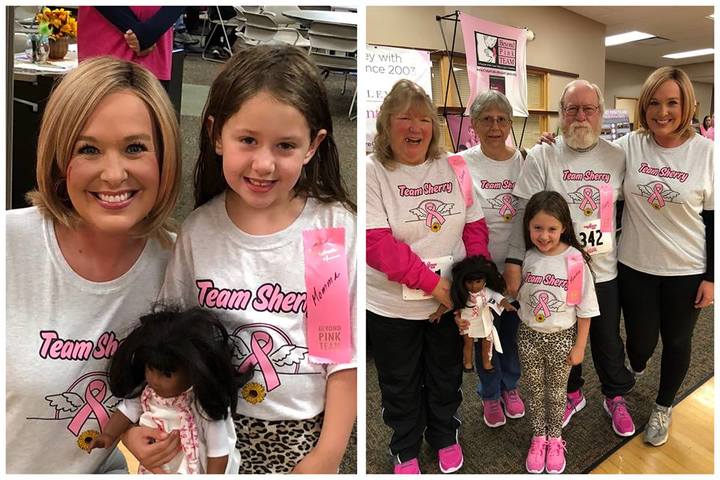 View full-size image
Is this photo a winner?
"Our group began participating in our local Pink Ribbon Run 7 years ago in memory of a friend who lost her fight with breast cancer. That year we purchased Team Cheryl shirts from Custom Ink. In September 2015, Sherry (a member of our team and advocate for early detection) was diagnosed with breast cancer. In October 2016, we purchased our first Team Sherry shirts when we participated in the race and Sherry proudly received her first set of "survivor beads". Sherry was taken from us by metastatic breast cancer on April 11 of this year. The Team Sherry picture is from the 12th Pink Ribbon Run that took place on October 6th. The small picture is a local TV news anchor and Sherry's co-worker with Sherry's daughter. The other picture includes Sherry's parents in the center behind her daughter." - (Oct 10, 2018)