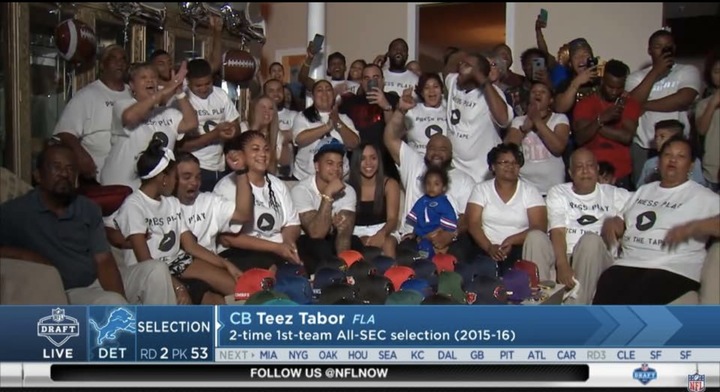 View full-size image
Is this photo a winner?
"Jalen "Teez" Tabor 2017 NFL Draft Party! The Detroit Lions selected my nephew Jalen as the second round/53 pick in the 2017 NFL Draft on Friday, April 28, 2017. The picture shows our groups live shot on the NFL Network when the selection was made. We were proudly wearing out "Team Teez Tabor" tshirts by Customink! My experience working with Katie and Nathan at Customink was nothing short of amazing! They were kind, patient and responsive when I had questions and concerns. I would certainly order from them again!" - Team Teez Tabor (Apr 30, 2017)