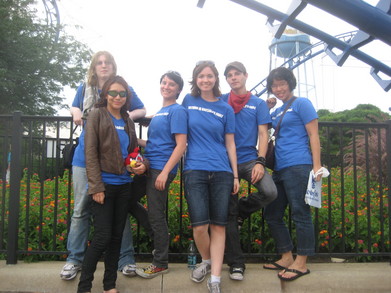 View full-size image
Is this photo a winner?
"Three Michiganders, two Texans, and one Californian -- all fans of Fire Emblem, a video game series -- met beyond the internet for the first time in August 2011. We spent the weekend playing video games, cosplaying in public places, and laughing about inside jokes that only fans of Fire Emblem would understand. (The front of the shirt reads "NOTHING IS NAESALA'S FAULT.") We spent a day at Cedar Point, Ohio, and a day at the Toledo Zoo as well. The six of us hope to bring more friends in 2012, and hopefully we'll go new places each year!" - TelliusCon (Aug 21, 2011)