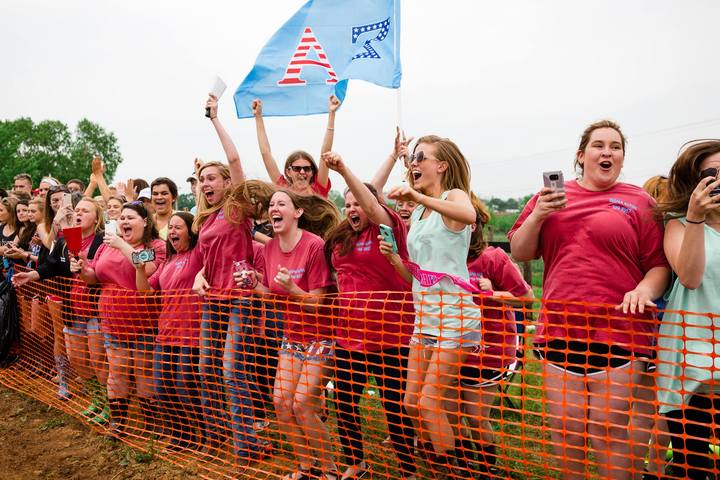 View full-size image
Is this photo a winner?
"This picture was taking when we became the overall champion at the Tug competition for Green Week 2017! This was only Sigma Alpha's second year competing at Tug and we beat out the champions that have won for the past 40 years!! This just happened this past Friday and it was the greatest moment ever! My experience with CustomInk was OUTSTANDING! All the workers I talked to online helped me out and did such an amazing job, and when the shirts came in they were in such good condition and looked so great. Very pleased (and so is every one else) with how the shirts turned out. I am even going to be placing another order of these shirts soon!! " - TUG (May 01, 2017)