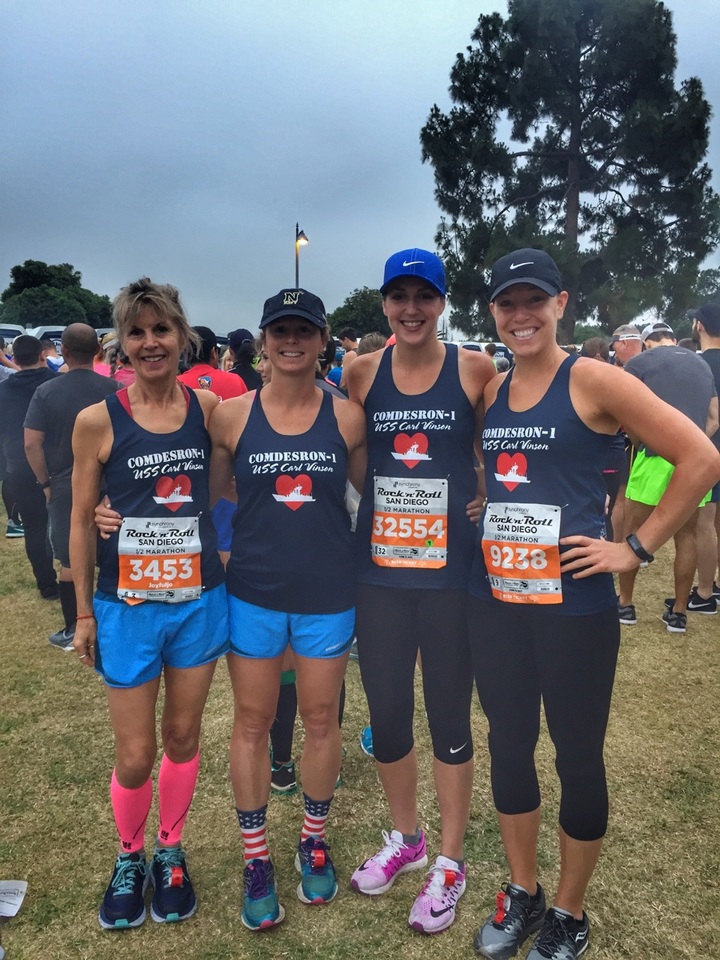 View full-size image
Is this photo a winner?
"We made these running tank tops to wear at the Rock N Rock San Diego Half Marathon in support of the COMDESRON-1 and USS Carl Vinson Crew that are currently out on deployment. Originally the crew was due back from deployment a few weeks before this race and a few of the crew members on deployment were going to participate in the race (as motivation to stay in shape) but due to the issues in North Korea their deployment got extended and they missed the race. Since they couldn't make it we wanted to run the race for them and show our support. Working with CustomInk was fantastic, I would use them again. It was great how much effort they made into making our shirts, event though it was a relatively small order. I got numerous phone calls and emails with suggestions to make the shirts better. Thanks so much!" - Erin J Hunter (Jun 06, 2017)