Wake the F* Up: Women of Color Open Mic Night 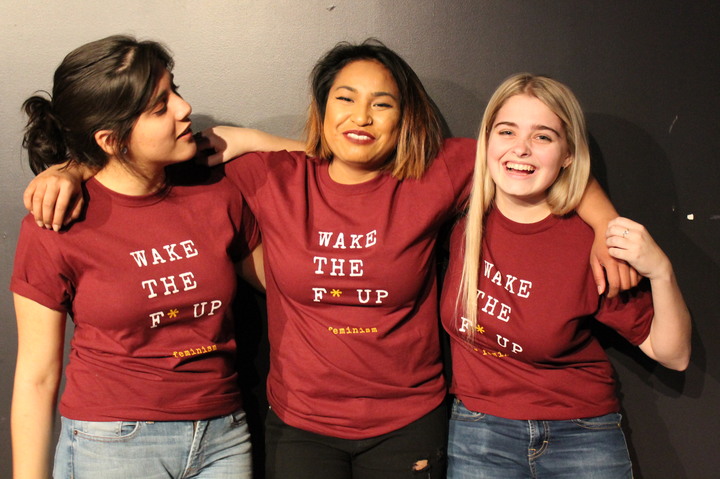 View full-size image
Is this photo a winner?
"Wake the F* Up: Women of Color Open Mic Night was about acknowledging and voicing issues about those who identify as women of color. This photo was a part of a photo-shoot ad campaign, promoting women of color and allies to attend the event. The event itself was majorly successful - over 100 students showed up. T-shirts were for people who helped me plan the event, and the first to arrive at the event. These shirts were in such high demand, people have been asking for me to reprint them the day after the event happened. I hope to reprint them, and perhaps raise money for a grant to encourage more programming surrounding issues of women of color. In the photo are friends who supported and helped run my event (from left to right) Bethania, Sabrina and Serena). I was the head coordinator for the entire event. Thank you for your consideration. ~ Ivy Wong" - Ivy (Mar 24, 2017)