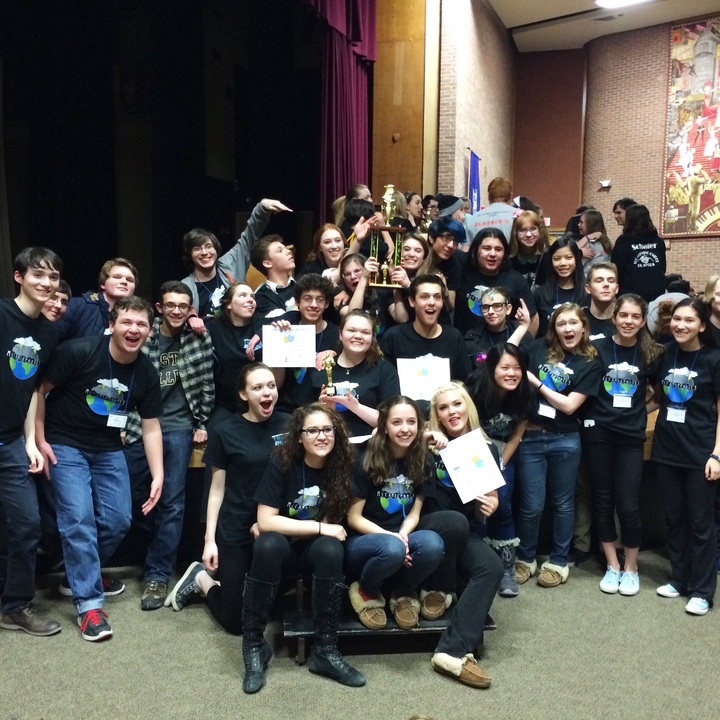 View full-size image
Is this photo a winner?
"This event was called the Connecticut Drama Assosiation Festival!! In this festival, 11 schools enter and perform 45minite pieces of theater!! The CDA's have been happening annually since the 30's!! This was my 3rd time competing!! My expierence with CustomInk for the past two years worth of CDA show shirts has been nothing but amazing!! When there were little bumps along the way to getting our amazing shirts, everyone I spoke to (through email or phone) was polite and so super kind!! I would never consider designing a tshirt with anyone else!! The artist at CustomInk are phenomenal, they can really capture the essence of an image and tshirt idea and enhance it to be better then ever imagined!! I'm just so thankful that such an amazing company exists!! Thank you CustomInk from the cast and crew of JBHS's Metamorphoses!!" - Cast of Metamorphoses (Mar 09, 2015)