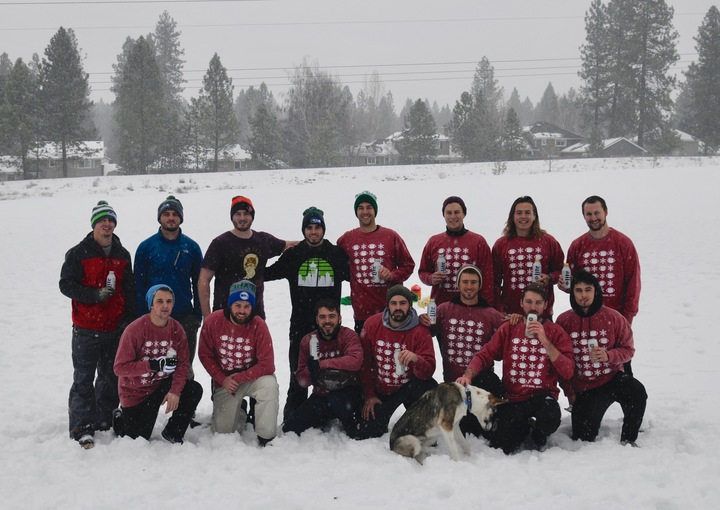 View full-size image
Is this photo a winner?
"My high school buddies and I play a flag football game around Christmastime every year at the "back 40" acres behind Whitworth University in Spokane. The first time, in 2012, we didn't plan on it becoming a yearly tradition. But catching up with old friends and playing a little backyard football was such a good time we decided to keep it going. We've since added more people, we've had a fan or two come watch (mostly overly kind girlfriends and wives) and we've had a little cookout after the game a couple times. For the 5th Annual Back 40 Bowl, we all agreed it was time to commemorate the event with something we could hold onto throughout the year. CustomInk was incredibly easy. I played around with a few designs and sent them to the rest of the guys. Originally I meant for my designs to be the jumping-off point, but everyone liked one of them so much we decided to get it. The sweatshirts were fairly priced, well-made, delivered on time, and everybody is happy! Thank you very much! I will absolutely use CustomInk again! " - (Dec 27, 2016)