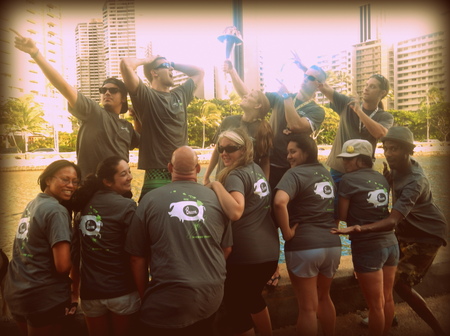 View full-size image
Is this photo a winner?
" This weekend history was made in the land of permasummer when The 1st (Ever) Annual Bacon Olympics were held in Honolulu. The games were actual Olympic events, modified to include bacon (ex: the long jump and high jump were measured in strips of bacon instead of feet). There was even an Olympic Torch that cooked bacon as it was run to open the games. Here in the 808 state we love bacon and CustomInk! Go pig or go home!!!" - Go Pig or Go Home (Aug 13, 2012)