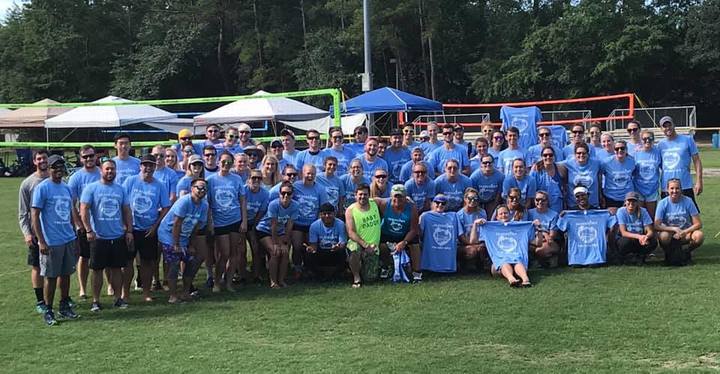 View full-size image
Is this photo a winner?
"This picture was taken at a charity volleyball tournament. We were raising money for a little boy named Noah who has been diagnosed with a terminal disorder called Pseudo Zellweger Syndrome. He spent the first 3 months of his life in the NNICU and this caused financial strain on his parents, who are part of our volleyball community. My hopes in doing this tournament was to provide financial and communal support for the family. It was a huge success! Thank you Custom Ink for our beautiful tshirts! " - Jasmin Brooks (Jun 19, 2019)