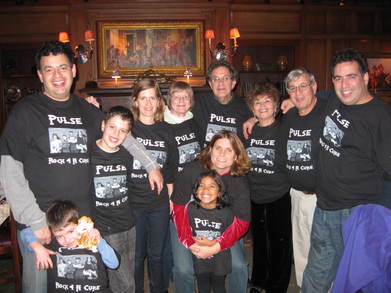 View full-size image
Is this photo a winner?
"Our 12 year old son, Josh, held a benefit concert with his rock band "Pulse" for cancer research on December 6th in Potomac, Maryland. The event, Rock 4 A Cure, coincides with his upcoming Bar Mitzvah in January. The concert was held in memory of Josh's five year old cousin in Israel, who died of cancer four years ago. Approximately 150 people attended, and two articles appeared in the press about the event." - David_Bernstein (Dec 08, 2009)