In Loving Memory of Dallas Root 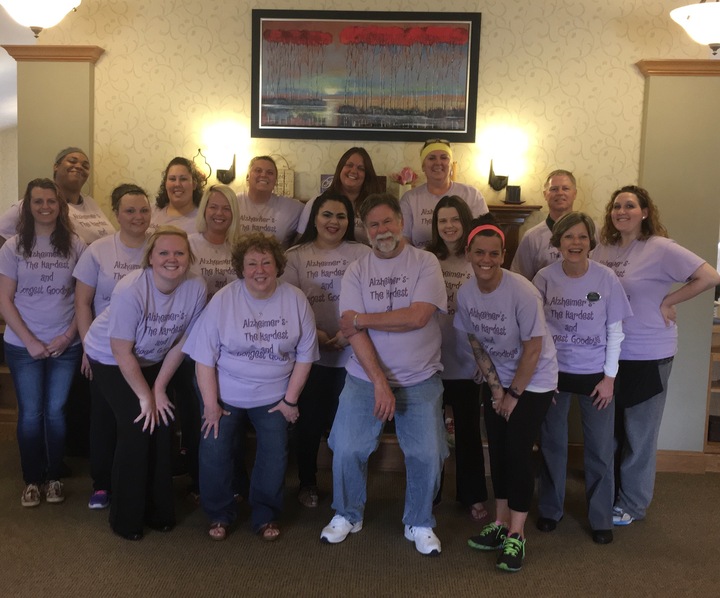 View full-size image
Is this photo a winner?
"#ENDALZ Resident Dallas and his wife Pat moved into Courtyard Estates Pleasant Hill in January 2016. They decided they wanted separate apartments which worked out well for both of them. Pat thought Dallas was her grandfather and always called him Grandpa. Dallas had to go to the hospital for about a week but was able to return. We had high hopes for him. The morning after he returned to the community from the hospital, he passed away peacefully in his home at Courtyard Estates. Shortly after Dallas' passing, the family requested a meeting with Manager Chelsey. Not having any idea what this could be about, and assuming financials, Manager Chelsey met with the son and daughter-in-law. They began PRAISING the staff and how amazing how community is. They wanted to ask Manager Chelsey is they could donate ALL of Dallas’ memorial fund to Courtyard Estates Staff. They did not want a tree or bush planted, they wanted to reward the entire staff for being so amazing. The staff talked this over and decided to create t-shirts they could add to their collection to wear on casual Fridays. When we showed Don and Val the shirts we designed, they wanted to order some too! The family ended up ordering 18 additional shirts on top of the shirts for the staff. With the funds that were left over, Don and Val wanted to make sure the staff put it to use. Courtyard Estates staff enjoyed a Pizza Party with Pizza, Breadsticks, Chocolate Chip cookie pies, and pop. The entire staff took a photo with Don and Val to commemorate this special day and in remembrance of Dallas! <3 " - http://www.courtyared-estates.net - Courtyard Estates (Jun 20, 2016)