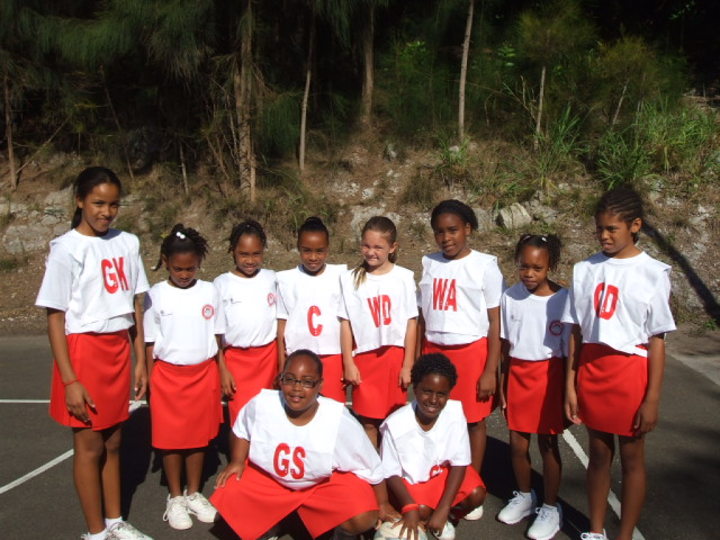 View full-size image
Is this photo a winner?
"This is a photo of our Under 12 Junior netball team just before the start of the Harold 'Doc' Dowling Junior Netball Tournament at Bernard Park Netball Courts in Bermuda on Saturday, 25th October, 2008. We actually have three teams in the league but I could only upload one picture. The representative at Custom Ink was very helpful with the logo placement. She told me the best spot for the logos that would look good on the entire range of sizes of the shirts that I ordered. And she also gave me the most economical choice of shirts. I've already ordered from Custom Ink again. I'm very impressed with the service." - StacyNGrant (Oct 27, 2008)