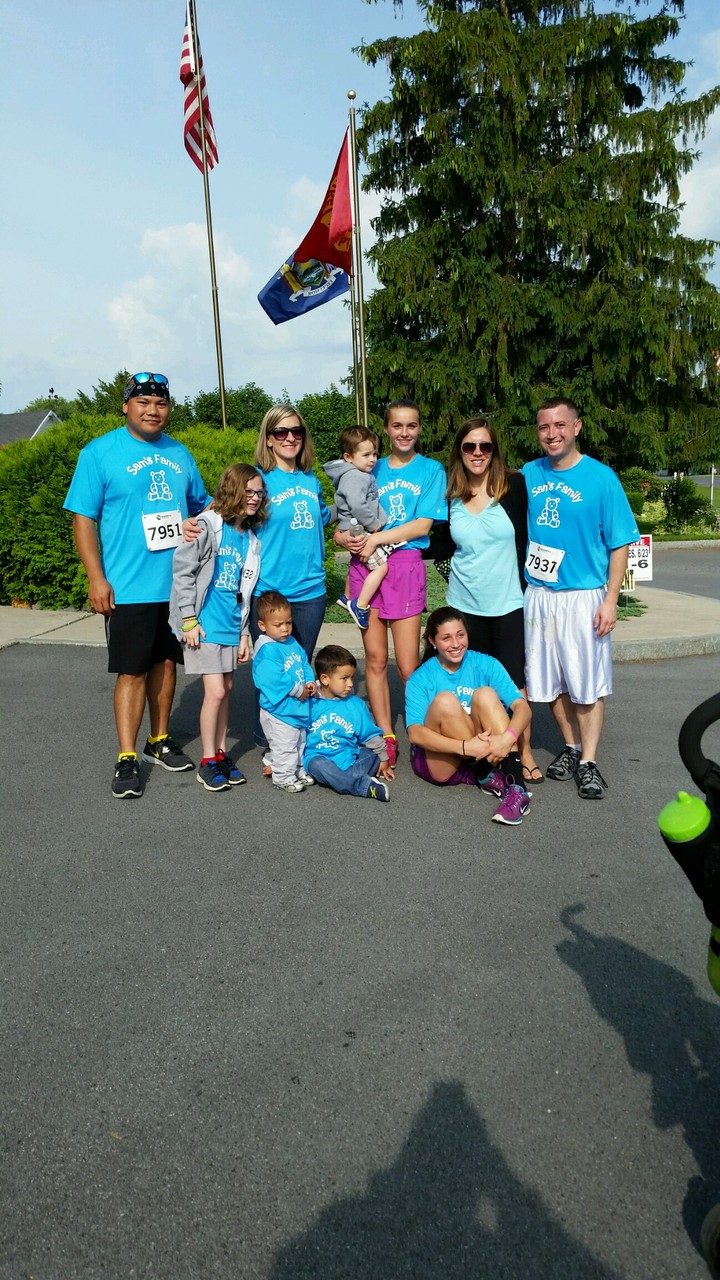 View full-size image
Is this photo a winner?
"I'd like to start this message off by saying how impressed that I am with the customer service your company provides. While I did not directly speak with anyone, I feel as if everyone that was part of my order took personal care to ensure it was a positive interaction! I ordered these shirts for a team of us who were running a 5k this week in honor of a little boy named Sam. He is the son of two very close friends of mine, Adam and Laura. A few months ago, they shared with us that they were expecting but shortly after that they were delivered with devastating news that their baby was suffering from Trisomy 18, a chromosomal abnormality that affects one in every 5,000 babies. Most don't survive past the second or third trimester. Sam's prognosis was terminal. Adam and Laura made the decision to give their baby every chance of making it to life, even if it meant being able to hold him for only an hour if he were to survive childbirth. They gave him a name, Sam, and chose to speak of him as frequently as possible so that he would be as much a part of theirs and our lives that we could make it with whatever time we had. They placed recordings of Sam's heartbeat from weekly ultrasounds inside of teddy bears to listen to because they were never sure if the next doctor visit would end up yielding silence. The bear would become a primary symbol of Sam's story and seemed appropriate for the shirt design and the list of graphics provided on the ordering site gave me the perfect one. Adam and I had discussed running together in a local 5k just for fun a while back but the race had taken on a whole new meaning now. I decided to order some shirts for us as a surprise to unite all of us in tribute to Sam. Less than a week before the race, Laura went into labor about a month before her due date and rushed to the hospital. Sam was born around 6:45 am, alive! But sadly, two hours later he passed away. His family while, emotional, we're grateful to have spent a blessed two hours holding him and celebrating his birthday.  This past weekend, I still decided to run. With the help of the extremely fast turnaround on the shirts, Sam's Family was inspired to join me and run with an energy, passion and purpose even following quite a tragic week for them. It was therapeutic for everyone to say the least. Even our little ones got in on it for a 1 mile fun run! I would like to thank Customink for being such a huge help with the grieving process for such a special group of people. I anticipate a request for more shirts so stand by for a another order! " - Jim (Jun 22, 2015)