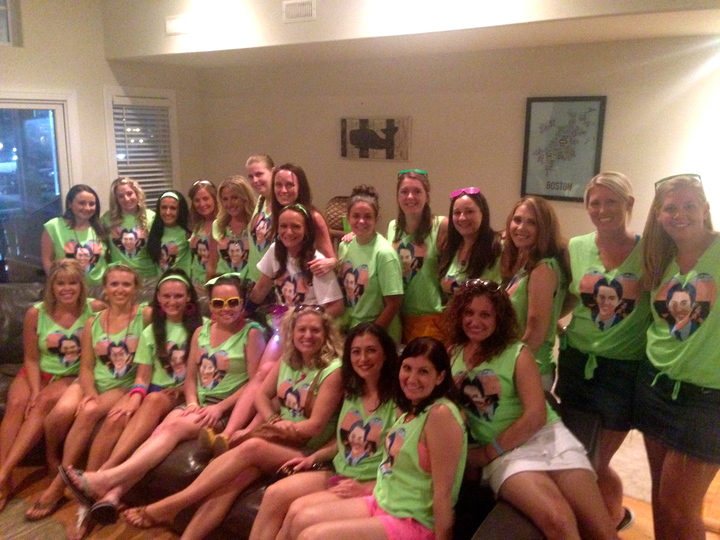 View full-size image
Is this photo a winner?
"About two years ago, my sister (28 at the time) had been to one too many bachelorette parties where she wore a bedazzled tank top stating something along the lines of "Team Bride," and told me when she got married, she wanted something different. She said she wanted her friends to wear t-shirts with her future fiance's face on them - comfortable, plain, and with just the right group: HILARIOUS. As we were planning her bachelorette party (a weekend in Sea Isle City, New Jersey, where they got engaged!) I was secretly organizing the t-shirts with her friends and CustomInk. The company could not have been more accommodating to the sizes, colors, and special orders I wanted (of course, one in white for the bride!). Not only was the neon-themed night a huge success as 30 girls traveled through three different bars with my future brother-in-laws face on their chests, but the absolute best part about it was that my sister was surprised. We laid the t-shirts out on the couch we're seated on in the picture and had her "come upstairs" - she was SHOCKED, we even got it on video! It was such a fun night for everyone involved and I can't thank CustomInk enough for making it possible!" - Adrien (Jun 23, 2015)