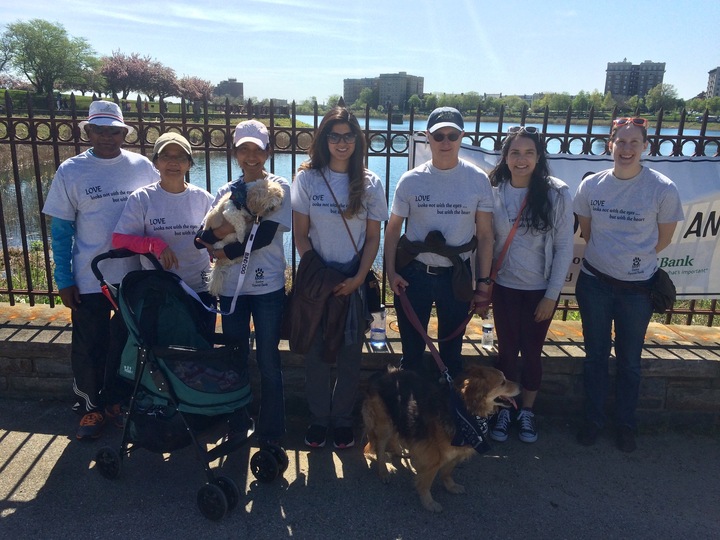 View full-size image
Is this photo a winner?
"This is team Hirschel. Hirschel is my 8 year old Shih Tzu whom I adopted from the Maryland SPCA just 6 months ago. He was abandoned in a backyard and was found with severe eye infections and glaucoma and had to have both eyes removed when he was rescued. He has been an inspiration to me and anyone who knows him. Today, April 24, we attended the 2016 Maryland SPCA March for the Animals at Baltimore's Druid Hill Park to fundraiser for the shelter so they can continue helping abandoned pets like Hirschel to regain their health and be rehomed. Our team specifically wants to emphasize on the adoption of senior and special needs pets. We are so proud to don these shirts made by Customink today. It was such a smooth sailing Process from designing to production. I will definitely recommend Customink and will look Forward to using Customink again myself. " - Team Hirschel (Apr 24, 2016)