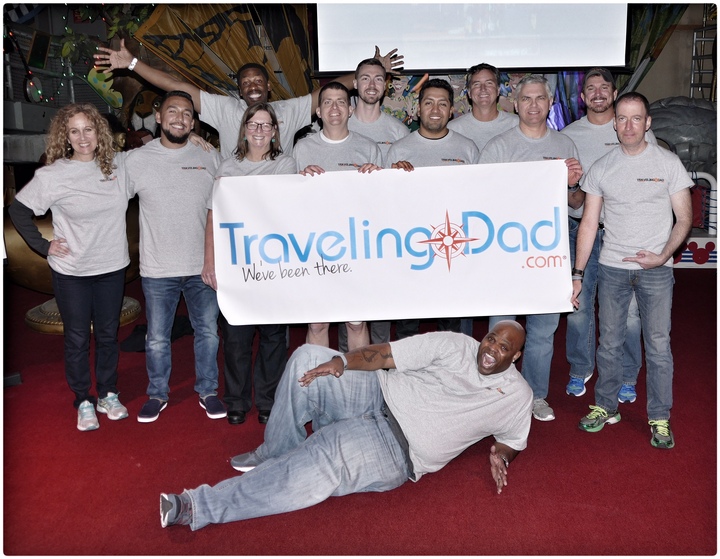 View full-size image
Is this photo a winner?
"Who let the dads out?! At the 2016 TravelingDad conference, the dads ate, they drove, they rode, they ate some more, they posed. Ten dads were turned loose at Walt Disney World during the last weekend in February and got a VIP early-morning look at how the force is awakening at the Star Wars Launch Bay at Disney’s Hollywood Studios, test drove a bunch of Chevys, met some characters, sought out the best food and views, and in the process even eating some vegetables. The right shirt was needed to commemorate the weekend. CustomInk patiently and expertly guided me to the right t-shirt at the right price and best of all delivered it FREE. Seamless, painless, EZPZ. Moving forward, I will ALWAYS order from CustomInk." - http://www.TravelingDad.com - TravelingDad.com (Mar 18, 2016)