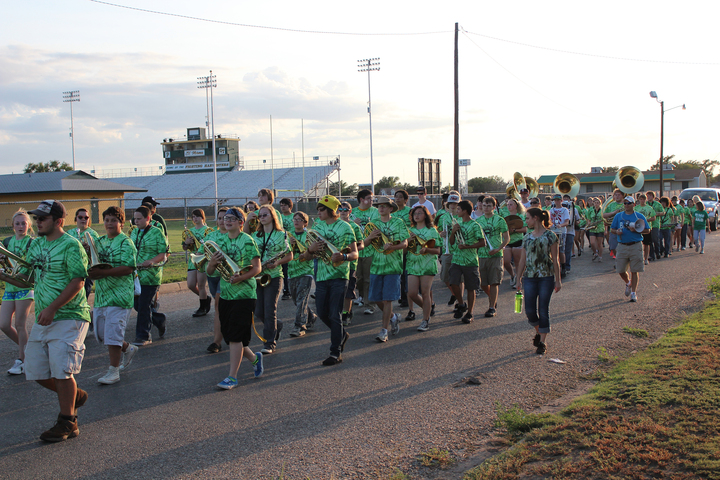 View full-size image
Is this photo a winner?
"Every year just before the first day of school, the Pampa High School Band marches through town in an event known as March-a-thon. The kids use this event to raise money for band activities (specifically for our Disney World trip in the spring) and to help get the community excited about the band. Our usual shirt vendor was unavailable, and traditionally had not had shirts printed until after this event, so we turned to CustomInk. Not only were you guys super helpful, but we received the shirts ahead of schedule, in fact just two hours before this event. This is the first time in many years that all the band students were able to wear the same shirts for March-a-thon." - Paul Smith (Aug 28, 2013)